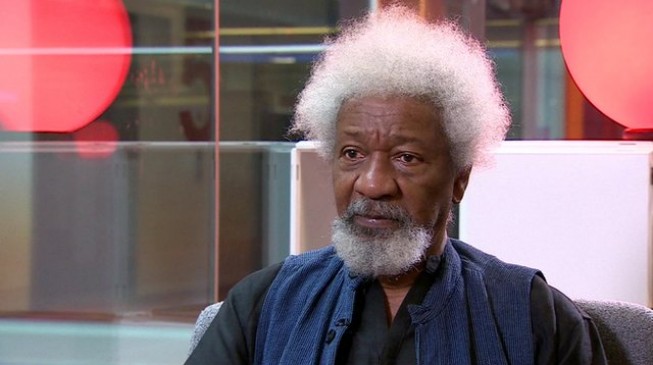 Wole Soyinka, Nobel laureate, says the government of President Muhammadu Buhari has attained an unprecedented level of paranoia.
Soyinka said this while reacting to the government’s charge against Omoyele Sowore, who is accused of treason and of insulting the president.
ADVERTISEMENT
In a statement issued on Saturday, the professor said at first he did not believe the report of the charges to be true.
“This is utterly depressing news. So, the Sowore affair has moved beyond harassment and taken on a sinister direction,” he said.
“Outside the country where I happened to be engaged at the moment, I can testify that the immediate reaction around me was to dismiss this as yet another grotesque product of Fake News, of which Nigerians have become the greatest practitioners. I confess that I also joined in this school of thought — at the start.
“Further checks have however confirmed that this government has indeed attained an unprecedented level of paranoia. I do not believe that the Justice department itself believes in these improbable charges, as formally publicised.
“So, once again, we inscribe in our annals another season of treasonable felony, History still guards some lessons we have yet to digest, much less from which to learn.
“Welcome to the Club, Mr. Omoyele Sowore.”
Sowore, presidential candidate of the African Action Congress (AAC) in the last general election, has been detained since August by the Department of State Services (DSS).
The DSS previously accused him of threatening the public peace with his planned nationwide #RevolutionNow protest, and subsequently got a court order to detain him for 45 days.
ADVERTISEMENT
The 45 days elapsed on Saturday and lawyers have called on the DSS to release the activist.