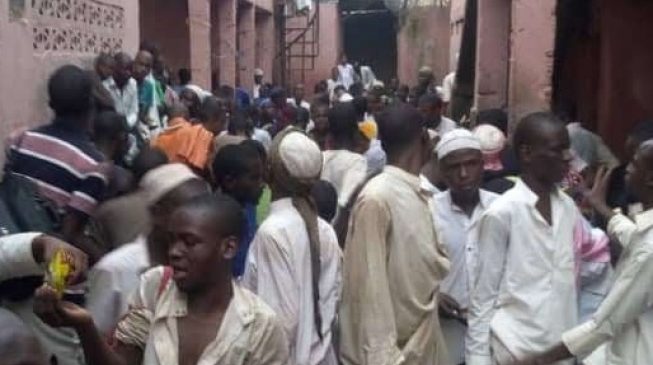 At least 300 persons were reportedly set free after the police raided an Islamic centre at Rigasa, a suburb of Kaduna metropolis on Thursday night.
The victims, who according to the police, are from Burkina Faso, Mali and other African countries, were subjected to inhuman treatment.
ADVERTISEMENT
While the children among were said to have been sexually abused, others were tortured on a regular basis.
The police stormed the house on Thursday night after being tipped off.
Bello Hamza, one of the victims, told journalists that he was tricked to the centre by his family members.
Hamza, who lamented that he spent three months in chains, said he was supposed to be pursuing a master’s degree at the University of Pretoria, South Africa.
“I got admission to study Applied Mathematics, but here I am chained. They claim to be teaching us Quran and Islam but they do a lot of things here. They subject the younger ones to homosexuality,” he said. 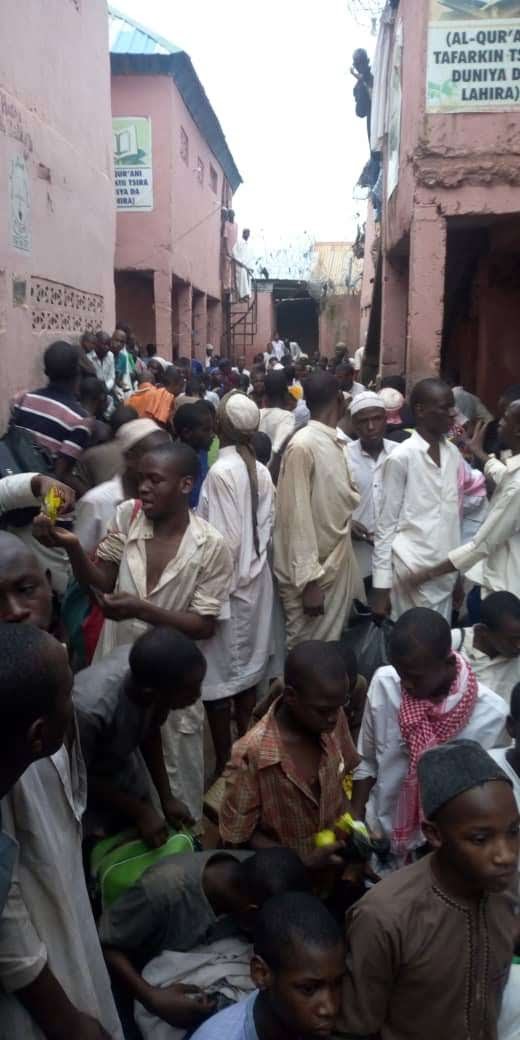 “This is supposed to be an Islamic centre, but trying to run away from here attracts severe punishment; they tie people and hang them to the ceiling for that, but engaging in homosexuality attracts no punishment.
“Within my short stay here, somebody had died as a result of torture. Others have died before my coming due to poor health and torture. They give us very poor food and we only eat twice a day; 11:00am and 10:00pm.
“They have denied me a lot of things here. I am a family man, I have responsibilities, but I am chained here not knowing what is happening to my family members.”
Briefing reporters after the rescuing the victims, Ali Janga, Kaduna police commissioner, said: “We received an information that something is going on in this rehabilitation centre or Islamic center. So, I sent my DPO here to check what was going on.
“On getting here, we discovered that, this is neither a rehabilitation centre or Islamic school. You can see it yourself that, small children, some of whom are brought from neighbouring African countries like Burkina Faso, Mali and others and from across Nigeria. Most of them are even chained.
“These people are being used, dehumanized. You can see it yourself. The man who is operating this home claimed that, parents brought their children here for rehabilitation. But, from the look on things this is not a rehabilitation centre. No reasonable parent will bring his children to this place.
“So, we are going to investigate them and get to the root of the matter. We will find out the real motive behind this centre, and if they are found wanting they will be charged to court. But first, we are evacuating all the people from this place to our station and we will make announcement for parents to come and recover their children.”
However, the proprietor of the centre, simply known as “Mallam” insisted that all they do at the centre is to teach people Islam.
He denied allegations of torture and homosexuality at the centre.
“All those allegations of torture, dehumanisation and homosexuality are false. We do nothing here other than teaching people Islam,” he said.
ADVERTISEMENT
“They don’t do anything other than, recitation of Qur’an, pray and worship God. Those chained are the stubborn ones who attempted to run away. Those who don’t attempt running away are not chained. Some were chained before and after settling down, they were freed.
“Most of them were brought by their parents from across the country and others from outside the countries.”