Chukuka, renowned mathematician and father of Okonjo-Iweala, dies at 91 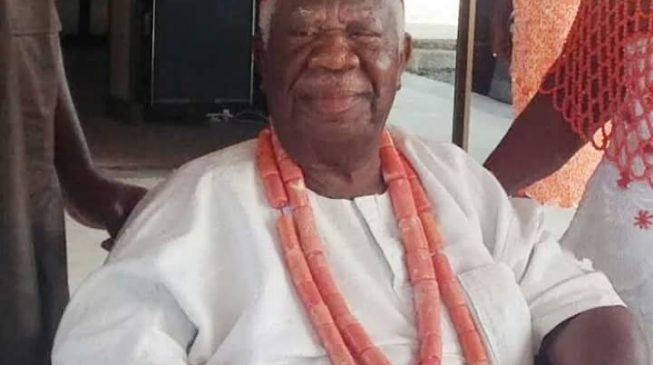 Chukuka Okonjo, father of Ngozi Okonjo-Iweala, former minister of finance, has died at the age of 91.
In a statement on Friday, the former minister said her father passed on in Lagos soon after he arrived from a trip to the United States and Ghana.
ADVERTISEMENT
The late professor was a renowned mathematician and was the immediate past obi of Ogwashi-Uku, Delta state.
“We are immensely grateful that his last moments were peaceful and that he died the same way he lived his life – with quiet dignity,” Okonjo-Iweala said in the statement.
“Daddy was an accomplished man on so many levels – a highly respected academic, international public servant, university administrator, intellectual and traditional ruler.
“He held: BSc Mathematics, London, UK; Msc Mathematics, Erlangen, Germany; MSc Economics, Erlangen, Germany; Phd Mathematical Statistics, Cologne, Germany.”
The former director at World Bank added that her father “touched so many lives personally and professionally.”
“Having witnessed the ravages of war, he was committed to unity and peaceful coexistence of all,” she said.
ADVERTISEMENT
“From his marriage of 66 years to our mother, Professor Kamene Okonjo to his dedication to duty, he was exceptional.”