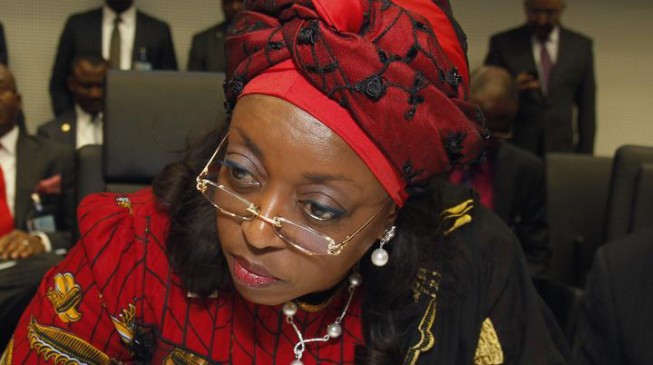 A federal high court in Lagos has ordered the permanent forfeiture of $40 million worth of jewellery seized from the residence of Diezani Alison-Madueke, former minister of petroleum resources, to the federal government.
In his ruling on Tuesday, Nicholas Oweibo, the presiding judge, held that the former minister failed to show cause why the jewellery should not be permanently forfeited to the government.
ADVERTISEMENT
On July 5, the court ordered the forfeiture of the assets following an ex parte application filed by Rotimi Oyedepo, counsel of the  Economic and Financial Crimes Commission (EFCC).
The EFCC valued the items at $40 million.
But Diezani, in an application filed by Awa Kalu, her counsel, asked the court to order a return of the seized assets.
She accused the EFCC of entering her apartment illegally and taking the items without any court order.
Oyedepo, in his application, argued that the jewellery was suspected to have been acquired with “proceeds of unlawful activities”.
According to the schedule attached to the application, some of the pieces of jewellery categorised into 33 sets, are “419 bangles; 315 rings; 304 earrings; 267 necklaces; 189 wristwatches; 174 necklaces and earrings; 78 bracelets; 77 brooches; and 74 pendants”.
In an affidavit before the court, Rufai Zaki, an investigator with the anti-graft commission, said the jewellery was beyond Diezani’s “known and provable lawful income”.
Zaki added that findings by the EFCC showed that Diezani started acquiring the jewellery in 2012 after she was appointed a minister.
ADVERTISEMENT
“The respondent did not utilise her salary or any part of her legitimate income to acquire the assets sought to be forfeited to the federal government of Nigeria,” he said.