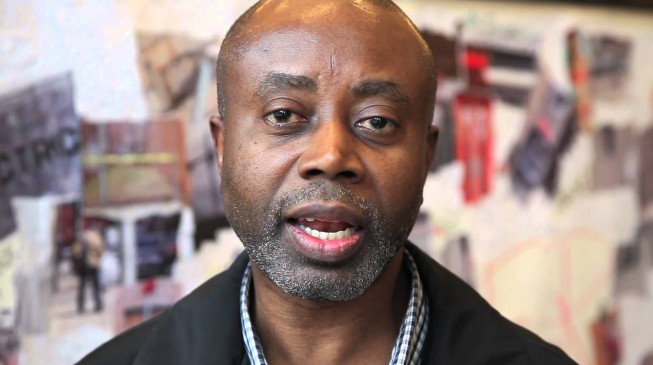 Operatives of the Department of State Services(DSS) have arrested Chido Onumah, coordinator of African Centre for Media & Information Literacy.
Mart Obono, a lawyer, told TheCable Onumah was picked up at Nnamdi Azikiwe International Airport, Abuja, on Sunday.
ADVERTISEMENT
He told TheCable via text message that the journalist was returning from a trip to Spain when he was arrested.
“We traveled together for a conference in UK. But we didn’t come back together because he went to Spain to finalize his PhD thesis and I went to London but got back last week Sunday,” he said.
“He was just returning from the trip today when he was picked at the airport.”
Peter Afunanya, DSS spokesman, did not immediately respond to enquiries on the development.
It is not clear why the DSS arrested Onumah who is a known critic of the current administration.
In a statement confirming the arrest, AFRICMIL demanded the immediate release of the journalist.
“AFRICMIL condemns in strong terms the unjustifiable arrest of Mr Onumah and demands his immediate and unconditional release,” it said in the statement issued by Abdulaziz Abdulaziz, its spokesman.
“Waylaying law-abiding citizens should not be turned into the preoccupation of an entire security outfit.
ADVERTISEMENT
“The arrest of Mr Onumah, coming at the heels of harassment of other critical voices, smacks of grotesque days of the Nigerian history that Mr Onumah and his comrades fought steely against.”