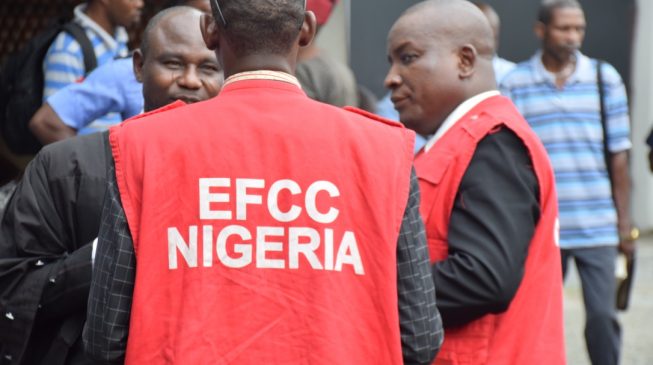 The Economic and Financial Crimes Commission will arraign Grace Taiga, a former director in the ministry of petroleum resources, before a high court in Abuja, on Friday.
Taiga, an ex-director of legal services in the ministry, was said to have signed as a witness in the gas supply and processing agreement between Nigeria and the Process and Industrial Development Limited (P&ID), an Irish engineering firm incorporated in the British Virgin Islands.
ADVERTISEMENT
She is alleged to have acted in alliance with the late Rilwanu Lukman, who was minister of petroleum resources under the Yar’ adua administration, and whose ministry is said to be majorly involved in the deal in 2010 — when the agreement was reached.
Lukman is alleged to have signed as Nigeria’s representative in the deal.
Two directors of P&ID were convicted by a federal high court in Abuja on Thursday for economic sabotage and money laundering. But the company disclaimed them.
The court also ordered the forfeiture of assets linked to P&ID in the country for not paying tax.
In January, a British court delivered judgement in favour P&ID, giving it the go-ahead to seize Nigerian assets worth $9.6 billion, following the non-execution of the gas supply and processing ”contract”.
ADVERTISEMENT
Nigeria is gearing for a legal battle to have the judgement upturned.