EXCLUSIVE: Belgore collected only $50,000 for his services to P&ID’s lawyers 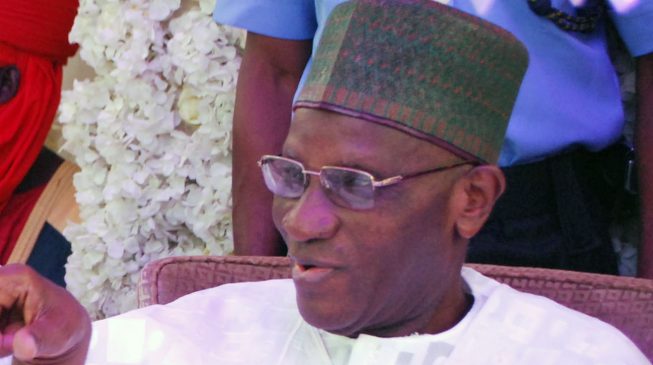 Alfa Belgore, former chief justice of Nigeria, collected only $50,000 as consultancy fee in his legal advice that helped P&ID secure a $9.6 billion judgment against Nigeria, TheCable understands.
Belgore’s legal opinion is believed to have given the Irish company a huge advantage over Nigeria because of his pedigree.
ADVERTISEMENT
P&ID had taken Nigeria to arbitration in London over an alleged breached of the gas supply and processing agreement (GSPA) signed by the ministry of petroleum resources in January 2010.
The company won the liability case in July 2015 and was awarded $6.6 billion with interests in January 2017.
Nigeria’s efforts to stop the enforcement failed at the business and property court in August but the federal government has gone on appeal.
The octogenarian was at the Economic and Financial Crimes Commission (EFCC) on Wednesday and Thursday to help with investigation into the botched GSPA which the federal government maintains is “an orchestrated scam” against the country.
Nigeria is seeking to impeach the integrity of the arbitration award in order to get a UK court to set it aside.
According to a source at Aluko and Oyebode law firm, who acted as consultants to P&ID, Belgore’s legal opinion was sought by Tunde Fagbohunlu, a senior advocate of Nigeria at the law firm and an expert in arbitration.
Fagbohunlu was also invited by the EFCC to help with the investigation, TheCable learnt, but was not detained.
Belgore was CJN between 2006 and 2008 and is a life member of the National Council of State, a constitutional advisory body to the president made up of former heads of state, former chief justices, the attorney-general of the federation and state governors.
He is also the current chairman of the National Merit Awards Committee.
There have been arguments over the priority of Belgore giving consultancy services to a foreign company which appears to violate the code of conduct for public officers even after they have left office.
However, a twitter user has argued that Belgore only offered services to a Nigerian firm engaged by P&ID and not the company directly.
ADVERTISEMENT
Belgore was not detained by the EFCC apparently on age grounds.
He will be 83 in January.