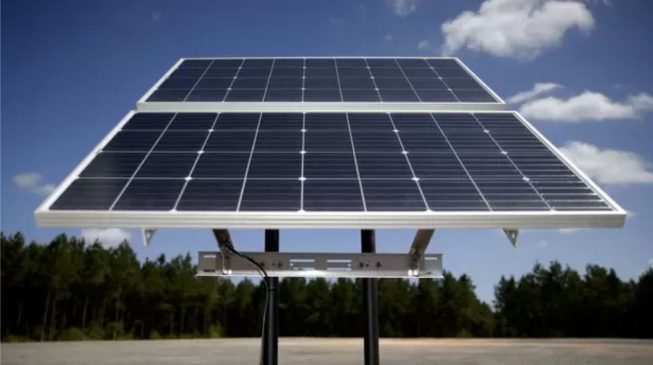 Some international donors have threatened to withdraw $300 million funding for its proposed Nigeria’s “first utility scale solar projects”, TheCable report.
In a letter dated September 10 to Marilyn Amebi, managing director of the Nigerian Bulk Electricity Trader (NBET), the African Finance Corporation (AFC) noted that it has been working on the 1,000 megawatts (MW) project for a year with its partners, the African Development Bank (AfDB) and the Green Climate Fund (GCF).
ADVERTISEMENT
The corporation said plans for the 14 utility scale power projects to be delivered under the project have been stalled as it could not finalise agreements with the federal government.
It added that the independent power projects (IPP) are in line with the federal government’s continued focus on climate finance investments.
“Specifically, we hope to be able to provide total debt financing in the region of US$300 million, including up to US$100 million of concessional funding from GCF,” the company said.
“However, if we are unable to demonstrate significant progress in resolving the outstanding matters on the Power Purchase Agreements and the Put Call Option Agreements by October 2019 then key approvals, such as the US$100 million approval we have obtained from GCF will lapse for a second time and the funding will be withdrawn.
“We believe that the funding under consideration, which include a concessional element, will assist in attaining the target tariff of US7.5/kWh and also help reduce the perceived risks of investing in the Nigerian renewable energy sector and subsequently catalyse private sector investment in the sector, with associated direct benefits such as job creation and social upliftment.”
The AFC said the sponsors have been given letter of authorisation with regard to the project, while it called for a meeting with NBET to finalise the agreements.
“On 27th November 2018, we proceeded to the next stage and requested detailed submissions. All 13 sponsors who had expressed Interest submitted detailed information packs for our review,” it said.
“This was, in our view, an important milestone to achieve as it confirmed that the funding program has been positively received as an enabler by most sponsors.
“In May 2019, we identified 8 projects as being preferred for receiving funding through the Solar Program, all of which provided letters of authorization for the Funders to negotiate the PPA, PCOA, PRG or appropriate credit support enhancements and other contractual matters related to their respected projects directly with NBET.
“Subsequently, NBET also provided letters to the developers confirming its willingness to work directly with the Funders.
ADVERTISEMENT
“We firmly believe that working together with NBET and with the wider support of the Federal Government of Nigeria, we can play a critical role in the facilitation of the first utility scale solar projects in Nigeria which will also help reduce the perceived risks of investing in the Nigerian renewable energy sector and subsequently catalyze private sector investment in the sector reinforce.”