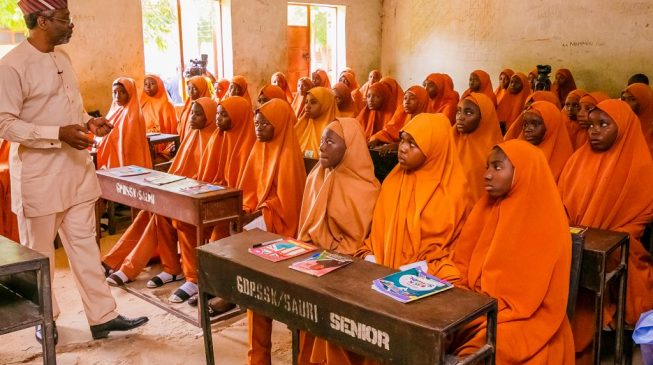 Femi Gbajabiamila, speaker of the house of representatives, on Monday, visited Government Day Secondary School, Kofar Sauri in Katsina state, where he taught the students about drug abuse.
He promised to construct a classroom block in the school and award full scholarship to the best graduating student annually.
ADVERTISEMENT
According to a statement by Lanre Lasisi, his spokesman, the visit was part of the speaker’s “voluntary teaching exercise”, which he started in his constituency in Lagos state when he was the house leader.
“When I teach, after 15 minutes, I will begin to sweat, my back begins to hurt and my legs shake. That explains what you teachers go through. May Allah reward you abundantly,” the speaker was quoted as saying. 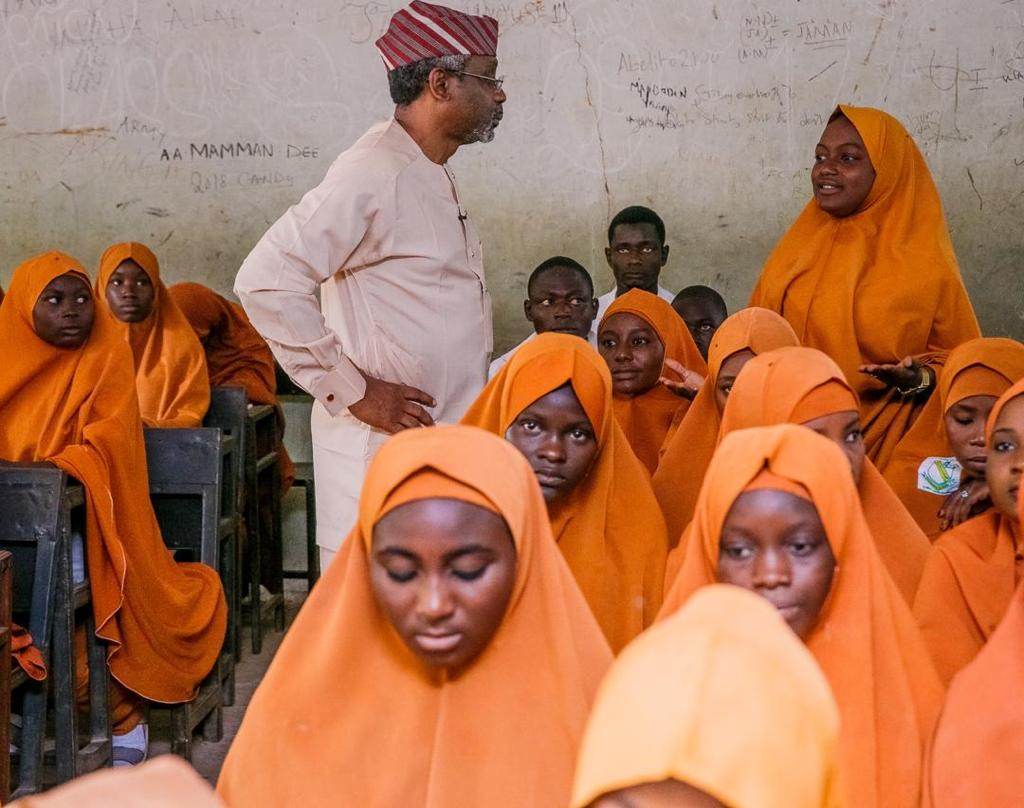 “The feedback I’ve got over the years from parents is that their children have improved. We will make sure that we put a block of classroom here. We will do that through your representative. I will award a scholarship for the best final student to the university until graduation.”
The statement added that the speaker visited Gidan Baki internally displaced persons (IDPs) camp where he assured them that they will not be abandoned.
He was said to have also donated drugs worth over N60 million and 600 bags of rice to the IDPs.
“The ultimate goal is not to come here and be giving you food. The ultimate goal is to get you out of here to places that are befitting of human beings,” he told the displaced persons.
“Our ultimate goal is to ensure your education as children, to ensure that you’re taken care of in terms of your medical needs. The Almighty Allah will give us the capacity, the political will to do those things which we need to do.
ADVERTISEMENT
“I want to assure you that government will not abandon you. As members of parliament, we will ensure that we push for your well-being and get you out of this place.”