Falana to FG: Give each local govt N1bn from recovered loot 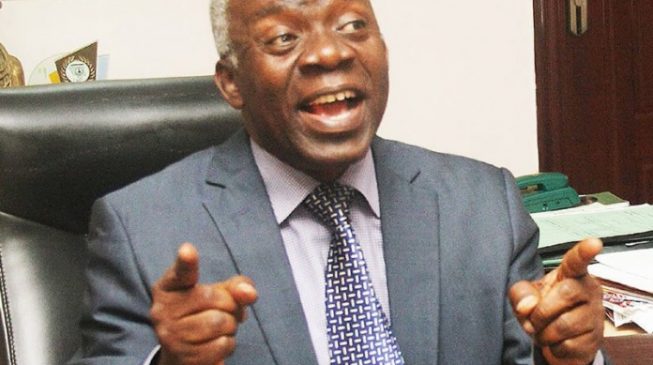 Femi Falana, human rights lawyer, has asked the federal government to give each of the 774 local government areas in Nigeria at least N1 billion from the funds it recovered since 1999.
TheCable reports that Falana said this when he spoke at the 20th Mike Okonkwo Annual Lecture during the celebration of the 74th birthday of Mike Okonkwo, presiding bishop of The Redeemed Evangelical Mission (TREM), Lagos.
ADVERTISEMENT
He said the fund will be used for creating jobs for women and the youth at the grassroots and subsequently curb crime rates in the country.
He also said at least N1 trillion has been recovered in 19 years, asking the government to declare the exact amount recovered and what it was used for.
“The Federal Government has recovered huge sums of money from looters. One of the policies of government, the whistle-blowing policy, has fetched the country N605 billion as of three months ago,” Falana said.
“I am, therefore, suggesting that the billions recovered by the EFCC, let the Federal Government allocate at least N1 billion to every local government area for job creation for our young men and women.”
Commenting on the judiciary, Falana said even though the law stipulates equality, it is difficult for the poor to get justice.
According to him, if the poor fail to get justice, they will revolt and cause anarchy.
“Because if the poor do not get justice, whether the government likes it or not, whether you arrest al the Sowores of this world, there will be a revolution one day. Because when the poor rise, it can be dangerous in any society.  It can even lead to anarchy, as it is the case now,” he said.
ADVERTISEMENT
“Wednesday, what happened in Lagos – the attacks – if you watched the film on television, you will know that we are in trouble. Some of the criminal elements openly carried the loot on their heads and the police had a hard time containing the crisis. That is why we must go out and ensure that injustice in the polity is addressed.”