Female politicians: How men promised to vote for us if we had sex with them 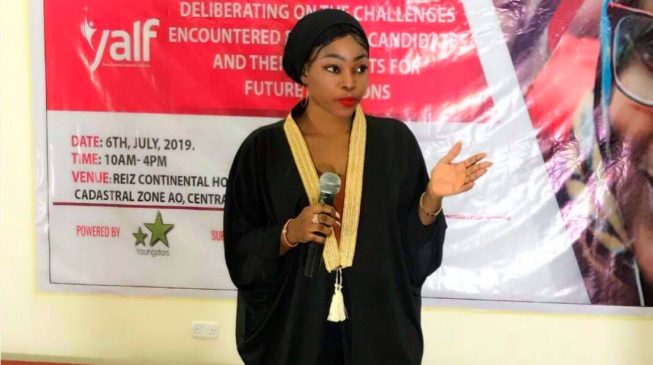 The Nigerian Labour Act has no provisions for criminalising sexual harassment at the workplace. Most cases go unreported. A history of gender inequality, political instability, insecurity and the absence of legal authority to protect women at the workplace deny millions of women their voices – even powerful female politicians.
One would think that female politicians would be less exposed to these predatory practices. The reality is further from this. Okunola Abiola, 27, ran for a house of representatives seat in Lagos state in the 2019 general election.
ADVERTISEMENT
“Notable residents in Ikeja demanded sexual commitment from me as collateral if I wanted to win. Electorate promised me their vote if I can date or have sexual affair with them,” she said.
“On many occasions, I have been harassed sexually: both verbally and by physical actions and this was a major setback for me.” 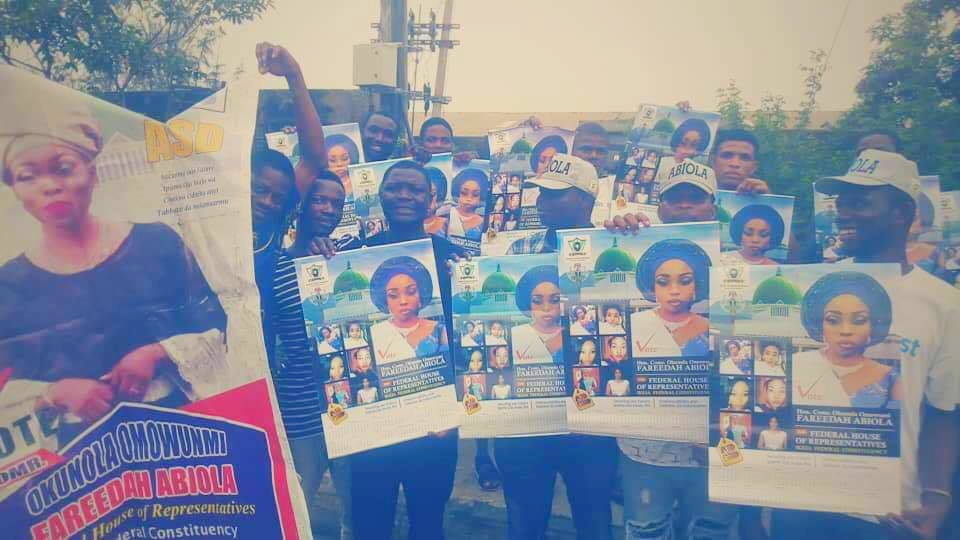 Some men supported her cause without any demand
Abiola contested on the platform of the Alliance for Social Democrats (ASD), seeking to represent Ikeja federal constituency of Lagos. 28 years ago, Lagos was the capital of Nigeria. Ironically, the state is the first in Nigeria to make laws against sexual harassment. Unlike the Nigerian Labour Act, the criminal law of Lagos state 2011 has provisions criminalising sexual harassment through Section 262(1) it makes clear that:
“Any person who sexually harasses another is guilty of a felony and is liable to imprisonment for three years.” 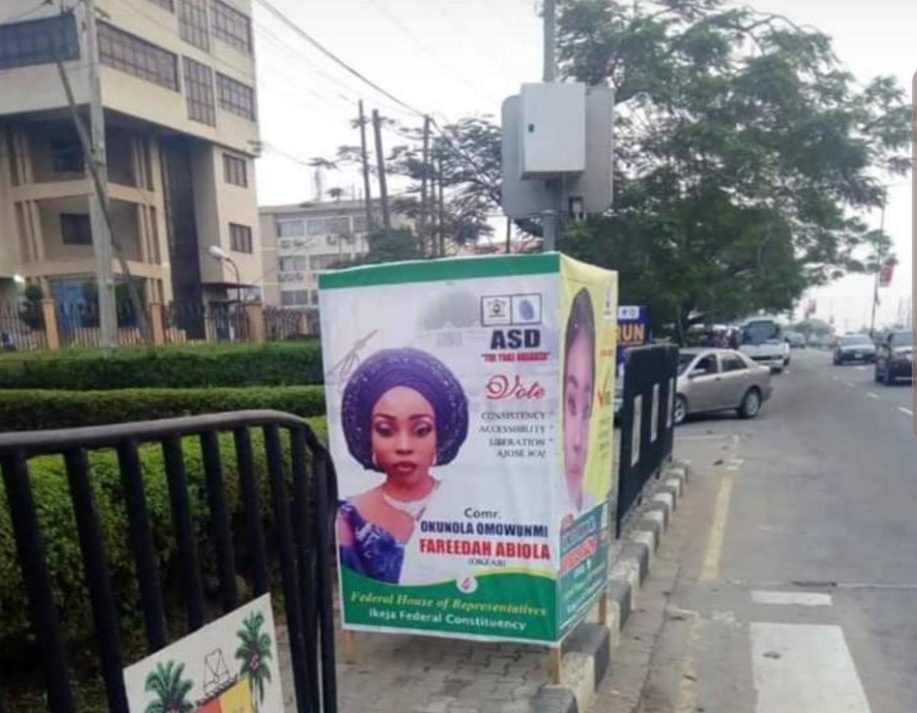 Posters during campaigns weren’t enough, some men demanded more
Only 11.36% of nominated candidates for the last election were women, according to the Centre for Democracy and Development (CDD).
There are constraints: violence, and intimidation of voters and candidates. But in addition to this, gross cases of sexual harassment against women. The CDD said these need to be examined and the prosecution of perpetrators will serve as a deterrent.
Two things are common across stories of political harassment. On one side, political intimidation through violence, and on the other – dirty politics through harassment of political opponents.
In one sentence, Sylvanus Okeoma, who contested the  Agwu north constituency in Enugu state house of assembly, narrated her experience as a candidate of the African Democratic Party: “I faced a lot of sexual harassment, and my agents were attacked.”
In the north, Ndi Kato,  political activist and politician, agreed that criminalising sexual assault by perpetrators will help to deter such behaviour.
“As a woman, I know better than to hope for this. I am the villain in every situation. If I point out sexual harassment in the political space, I get further removed from the space,”  she said
Ndi Kato once contested the house of assembly position in Kaduna.
While advocating the prosecution of sexual offenders, Kato expressed the concern: “in theory we agree to this but in terms of practicality, we are not at this conversation yet. Who are we having conversations with?”
TechHer, a platform providing support for Nigerian women through technology, is responding to this beyond conversations.
Chioma Agwuegbo, the founder, said she is working to balance the odds: “We have a Technology for Governance pillar that focuses on the application of technology and innovation in the promotion and protection of women in business and governance spaces. We see technology not as a panacea, but as a tool that can be wielded in many ways to support and assist women in dealing with harassment.”
ADVERTISEMENT
Agwuegbo believes that if women are exposed to the ways technology enables their daily activities, they will be more productive and empowered to have a voice in their community.

This article which was first published on TheCable, was written by Mercy Abang, an award-winning journalist and a 2017 United Nations Journalism fellow, focuses her work on issues facing vulnerable populations.