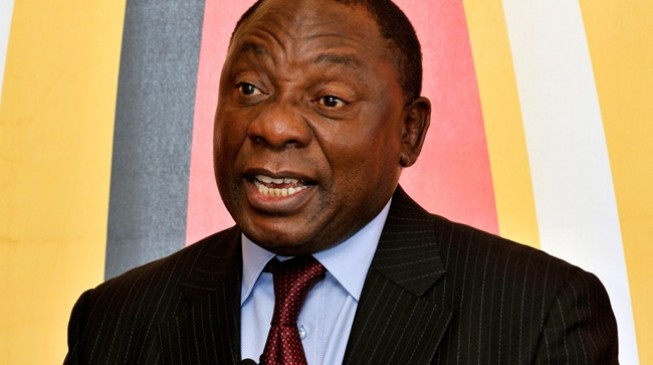 President Cyril Ramaphosa of South African would probably have been more careful when, in March, he took a swipe at foreign nationals “doing business illegally” in his country.
As with most politicians, TheCable reports that Ramaphosa made a campaign issue out of what some South Africans were believed to be saying about foreign nationals who come to take their jobs and businesses.
ADVERTISEMENT
“Everybody just arrives in our townships and rural areas, and set up businesses without licences and payments” began the president while addressing thousands of supporters.
“We are going to bring this to an end, and those who are operating illegally, wherever they come from must now know.”
Of course, there were pockets of violence targeted at foreigners shortly after this statement and, expectedly, Ramaphosa was quick to condemn this ‘in strong terms.’
“It is not acceptable that anyone of us as South Africans can go out and attack people from other countries because they come from other countries,” he returned to say two weeks after.
Too late? Daniel Dunia, secretary-general of Africa Solidarity Network, would explain that those who spoke with him “said they were acting on the instruction of President Cyril Ramaphosa who they say called for a clampdown on foreign-owned businesses and those without correct documentation.”
Indeed, there have been reports of xenophobic attacks over the years in South Africa, the recent attacks, however, seemed to have triggered a reprisal, especially with Nigerians.
On Tuesday, aggrieved Nigerians stormed outlets of Shoprite in Lagos with songs of violence.
Around the Shoprite in Lekki area, one person was killed as many cars were damaged, including a van belonging to the police.
This development has prompted Shoprite, MTN and DStv, three big South Africa businesses in Nigeria, to close some of their outlets.
While the Nigerian government had summoned Bobby Moroe, South Africa’s high commissioner to Nigeria, Ramaphosa had again reiterated that there’s no justification for attacks on foreign nationals.
ADVERTISEMENT
Following the recent attacks, President Muhammadu Buhari’s planned trip to South Africa is now uncertain.
Watch video below: