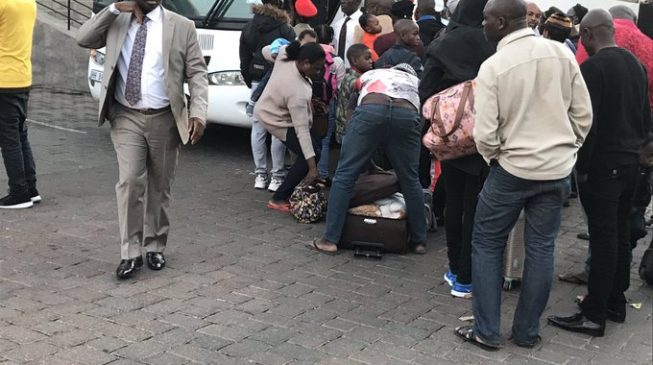 Hundreds of Nigerians on Wednesday gathered at the Nigeria consulate in South Africa where buses moved them in batches to the OR Tambo airport.
This development follows a directive from President Muhammadu Buhari to evacuate Nigerians in South Africa.
ADVERTISEMENT
The president gave this order after receiving the report of the special envoy evaluating xenophobic attacks on Nigerians in South Africa.
Heidi Giokos, a reporter with eNCA, a South African based TV, who tweeted from the scene, said more Nigerian families were arriving and the queue getting longer. 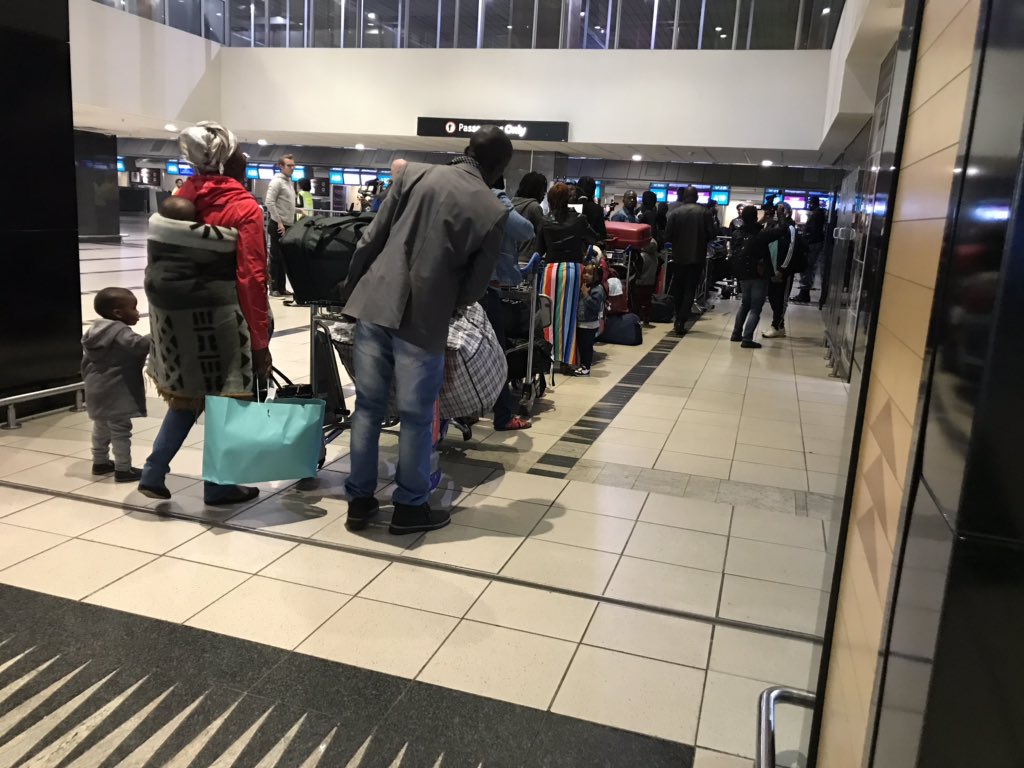 Some Nigerians in the queue at the airport
At the airport, a Nigerian whose name was not mentioned, said South Africa has become hostile and that he is returning home because he values his life.
“I decided to leave because I value my life more than anything else. Here is very hostile at the moment, it’s not safe for me,” he said.
“I lost a lot of things, I don’t want to lose my life, I have to leave.”
A mother of three who also spoke with the reporter said she is leaving to ensure the safety of her children, adding that she had sleeping with one eye open.
On Monday, Abike Dabiri-Erewa, chairperson of Nigerians in Diaspora Commission (NIDCOM), said 640 Nigerians have indicated interest to return home from South Africa.
ADVERTISEMENT
Nigerians and other African nationals were affected in the latest xenophobic attacks in South Africa.
In protest, Nigeria boycotted the World Economic Forum (WEF) that was held in the country.