‘I remain loyal to my values’ — Seun Onigbinde returns to Twitter 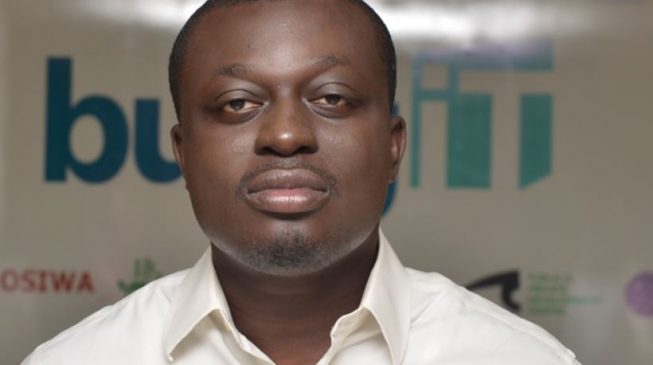 Seun Onigbinde, director and co-founder of BudgIT, a civic tech organisation, is back on Twitter hours after deactivating his account.
The data analyst, who often criticised the current administration, was appointed as a technical adviser  in the ministry of budget and national planning.
ADVERTISEMENT
After tweeting on his appointment, there was a massive backlash and shortly after, his account was deactivated.
“This account doesn’t exist. Try searching for another,” Twitter wrote on Onigbinde’s profile earlier.
But on Friday afternoon, the account was reactivated with a tweet from the BudgIT co-founder.
“Thank you, everyone. Those who understood, those with words of encouragement, those who said hurtful things, those with bated breath & those who already sent their CVs, asking to be aides. To trend on this special day, I am honored. My Saturday post,” the tweet read.
He also shared a message where he explained why he chose to work for the government.
“Friends, I have accepted to take up an advisory role underwritten by an international development agency for an initial period of six months . I believe that to guard the reputation of BudgIT, I need to take an operational break and make my new position public,” he wrote on Medium, a platform for writers.
“In a technical advisory role, I shall be supporting the Minister of State for Budget and National Planning, Prince Clem Agba, along the issues of budget reform, development planning, and revenue growth. It is similar to a task Joseph Agunbiade (my BudgIT co-founder) and I worked on in 2013–14, under the DFID-FEPAR program for the National Assembly Budget and Research Office.
“I see this as an adventure considering an accepted steep curve on public sector structure. I wish to state I remain loyal to my values — of appreciating the right of every citizen to ask the hard questions; that public resources must be accounted for; and that civic spaces and individual rights must be keenly protected.
“I have spoken to our partners, advisory board, and mentors, and I believe this is part of multi-pronged approach towards accelerating the long-term objectives of BudgIT and exploring new experiences. I will constantly review the objectives that I have set for this period and provide updates as I proceed.
ADVERTISEMENT
“My belief in the capacity of BudgIT, led by Gabriel Okeowo, to do great work in demanding effective transparency and accountability remains unshaken.”