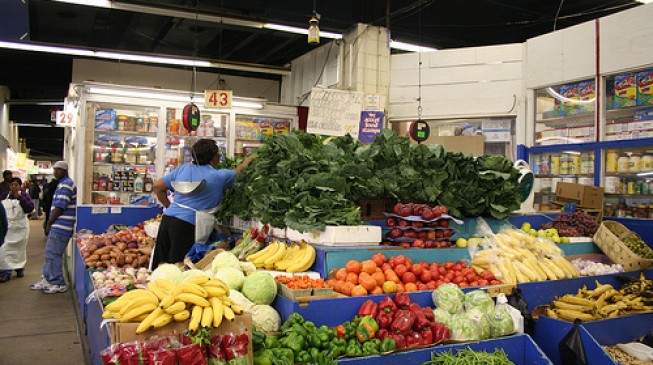 The consumer price index, which measures the change in the prices of goods and services consumed by people, slowed to 11.02% at the end of August.
This is 0.06% percentage points lower than the 11.08% recorded in July.
ADVERTISEMENT
An analysis of the inflation report released by the National Bureau of Statistics (NBS) on Wednesday showed that August was the third consecutive month of disinflation.
“The urban inflation rate increased by 11.48% (year-on-year) in August 2019 from 11.43% recorded in July 2019, while the rural inflation rate increased by 10.61% in August 2019 from 10.64% in July 2019,” the report read.
“The composite food index rose by 13.17% in August 2019 compared to 13.39% in July 2019.
“This rise in the food index was caused by increases in prices of oils and fats, meat, bread and cereals, potatoes, yam and other tubers and fish.”
The disinflation is despite a directive issued by President Muhammadu Buhari that the Central Bank of Nigeria (CBN) should no longer provide forex for the importation of food items.
“Accordingly, disinflation continued in August 2019 despite several pronouncements regarding restrictions on the import of some food items, minimum wage and the recent border closures,” the NBS said.
“It is important to note that with respect to the latter, the border was only closed 20 August 2019 with only 11 days of 31days for any significant impact to be felt either way on prices. The inflation rate is also the average prices for the whole month and not only the price of goods and services in the last few days of the month.
“Furthermore, the harvest season and existing weak consumer demand and their natural effect to slow down food and other prices will also play a major role in determining the direction of inflation.”
ADVERTISEMENT
The rate of food prices increase was highest in Kebbi, Kano and Adamawa. It was lowest in Bayelsa, Katsina and Kogi.