Lai to Atiku: Instead of going to supreme court, apologise to Nigerians 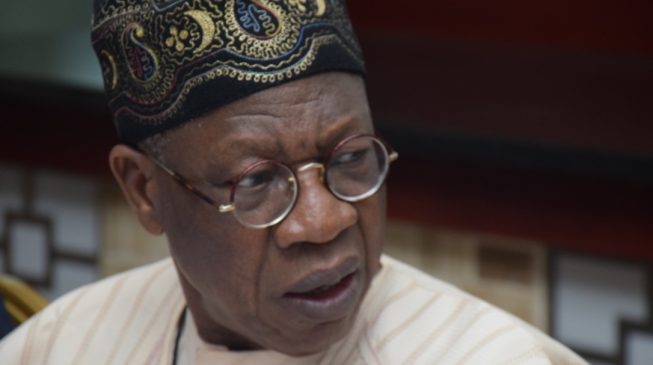 Lai Mohammed, minister of information, has asked Atiku Abubakar to apologise to Nigerians for distracting the government instead of appealing the verdict of the presidential election petition tribunal.
On Wednesday, the tribunal dismissed the petitions of Atiku and the PDP challenging the victory of President Muhammadu Buhari in the last presidential election.
ADVERTISEMENT
In a statement on Thursday, Segun Adeyemi, media aide of the minister, quoted Mohammed as saying that Nigerians would want the petitioners to join hands with the Buhari administration in taking the country to the next level.
The minister said the PDP should be thanking its stars that it is not being prosecuted for ”coming to court with a fraudulently-obtained evidence”.
”Nigerians are tired of this orchestrated distraction, and will rather wish that the opposition, having lost at the polls and in court, will now join hands with the government to move Nigeria to the next level,” he said.
”This is more so that the judgement validating the re-election of President Muhammadu Buhari was unanimous that the petition lacked merit, that the petitioners failed to prove any of the grounds upon which their case was anchored and that President Buhari is eminently qualified to contest the poll.
”It is intriguing that a party that trumpets the rule of law at every turn will present, in open court, evidence it claimed to have obtained by hacking into a supposed INEC server.
ADVERTISEMENT
“Don’t they realise this is a criminal act for which they are liable? Instead of threatening to head to the Supreme Court, driven more by ego than commonsense, they should be sorry for allowing desperation to overwhelm their sense of reasoning. Enough is enough.”
The minister commended the tribunal for taking hours to explain how it arrived at its verdict.