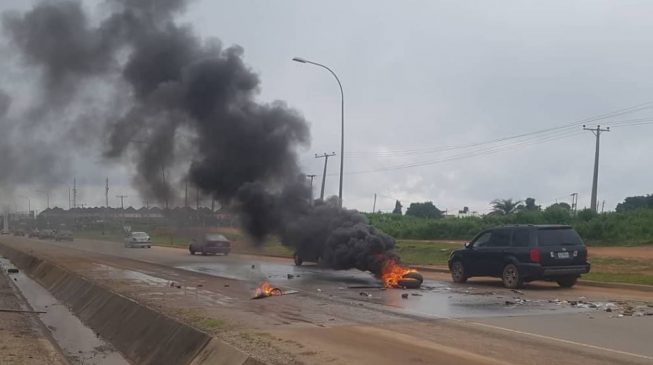 The MTN office located in Karu, a suburb of Abuja, has been vandalised by some Nigerians protesting against the xenophobic attacks on fellow citizens in South Africa.
There was also pandemonium at Shoprite, Lugbe, along airport road, Abuja, on Wednesday as police fired teargas canisters to stop a mob from setting the shopping mall on fire.
ADVERTISEMENT
TheCable reports that the protesters, who were on the verge of setting the building ablaze, were stopped by anti-riot policemen. 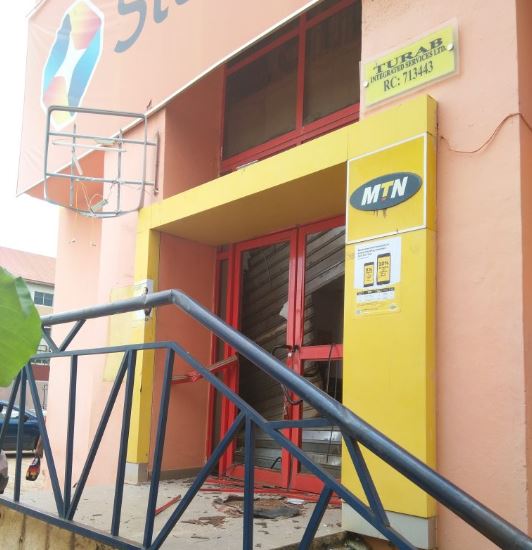 They, however, set bonfires on the expressway, around the Shoprite outlet, and insisted on not leaving the area until they accomplished their mission. More policemen have been deployed in the area to restore law and order.
A traffic congestion has built up on the busy road as hundreds of commuters are caught in the fracas.
There have been reprisal attacks targeting South African businesses in the country since the latest round of assaults on Nigerian citizens in South Africa.
On Tuesday, violence broke out at the Shoprite outlet in Lekki, resulting in the death of one protester.
The MTN office in Bodija, Ibadan was set on fire in the string of protests against targeting South African businesses.
ADVERTISEMENT
The police said they have reinforced security around some South African business interests across the country to forestall attacks.