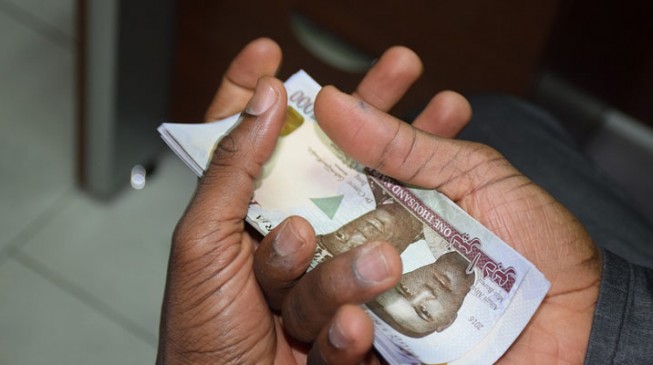 The Central Bank of Nigeria (CBN) has re-introduced charges on the deposit and withdrawals of sums above N500,000 to promote a cashless economy.
In a circular released on Tuesday, all deposit money banks in the country were directed to charge 3% processing fees for withdrawals and 2% for deposits of amounts above N500,000 for individual accounts.
ADVERTISEMENT
Corporate account holders will be charged 5% processing fees for withdrawals and 3% for deposits of amounts above N3 million.
The directive is effective from Wednesday, September 18, 2019.
The directive will apply to banks in Lagos, Ogun, Kano, Abia, Anambra, Rivers, and Abuja.
It will apply to other states from March 31, 2020.
In a separate circular titled: ‘Review of Process for Merchants Collections on Electronic Transactions’, the CBN said it has approved for banks to “unbundle merchant settlement amounts and charge applicable taxes and duties on individual transactions as stipulated by regulations”.
The circular, which was signed by Sam Okojere, the director of payments system management department, also announced a downward review of the merchant service charge (MSC)from 0.75% capped at N1,200 to 0.50% capped at N1,000.
In February 2017, the apex bank had announced its intentions to introduce charges on cash transactions involving huge amounts across the country.
At the time, deposits in individual accounts ranging from N500,000 to N1 million was to attract a 1.5% charge, while withdrawals within the range attract 2% charge.
Deposits of amounts above N1m to N5m were to attract 2% while withdrawals attract 3% charge. Deposits and withdrawals above N5m were to attract 3% and 7.5% charge respectively.
In the corporate category, deposits and withdrawals between N3m and N10m were to attract 2% and 5% respectively, while deposits and withdrawals between N10m and N40m attract 3% and 7.5% respectively. Deposits and withdrawals above N40m were to attract 5% and 10% respectively.
ADVERTISEMENT
The directive was suspended in April 2017 and refunds were made to customers.