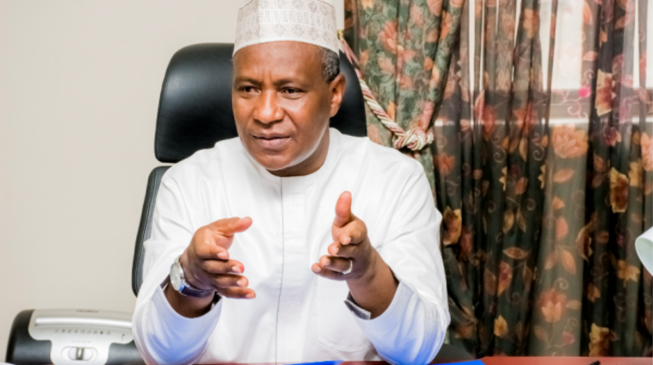 Kabiru Bala, Nigeria’s high commissioner to South Africa, says the Nigerian missions in South Africa are preparing a list of victims in the recent attacks in the country to give them succour.
A South African mob had gone on rampage on Sunday, raiding and looting Nigerian businesses.
ADVERTISEMENT
The federal government summoned Bobby Moroe, South Africa’s high commissioner to Nigeria, in response to the attacks on its citizens in that country.
In a statement on Tuesday, TheCable reports that Bala said all Nigerians who were victims of the attacks should report it to the high commission and consulate for support.
“The High Commission of Nigeria in Pretoria views with concern the ongoing loss of lives, arson and looting of properties in some parts of Gauteng Province of South Africa,” he said.
“The High Commission and the Consulate in Pretoria and Johannesburg are compiling a list of all the Nigerian victims of the current anarchy for engagement with the South African government and other stakeholders for succor. In this regard. all Nigerian victims of the current attacks are requested to come forward to report their situation to the High Commission and the Consulate.
“The two Missions will continue to be home to all Nigerians in this trying times and in the future. Since the outbreak of the attacks last week, the two Missions have remained open and continued to render normal services to Nigerians and other customers without hindrance.
“We appeal to all Nigerians to remain calm and avoid any precipitate action that may jeopardise the arduous task of engaging the South African government through diplomatic channels to bring the situation under control and to restore normalcy.
“The two Missions are currently working alongside all relevant authorities In South Africa including the police to address the unfortunate situation.
“Furthermore, concerted efforts are ongoing for the upcoming State Visit to South Africa by President Muhammadu Buharl which will substantially address at Summit level, all the existing concerns in the consular relations between the two countries.”
Bala said xenophobic attacks are unacceptable anywhere around the world “especially in a country that has Africa in its official name”.
ADVERTISEMENT
“All hands must be on deck to find amicable and mutually acceptable ways to arrest the unfortunate situation in South Africa and put an end to the violence against foreign nationals,” he said.