Nigerians who fled SA over xenophobic attacks arrive in Lagos 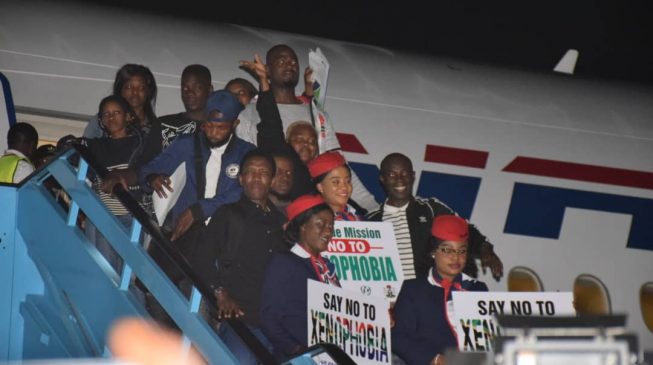 The Air Peace flight which conveyed some Nigerians who left South Africa over xenophobic attacks touched down at Murtala Muhammed International Airport in Lagos at exactly 9:35pm on Wednesday.
Abike Dabiri-Erewa, chairman of Nigerians in Diaspora Commission (NIDCOM), led officials to receive them.
ADVERTISEMENT
Also on ground to welcome them back home are officials of the Nigerian Immigration Service, National Emergency Management Agency (NEMA), among others.
Speaking with reporters shortly after disembarking from the plane, Jude Anthony, one of the returnees, said xenophobia is being driven by the South African government. 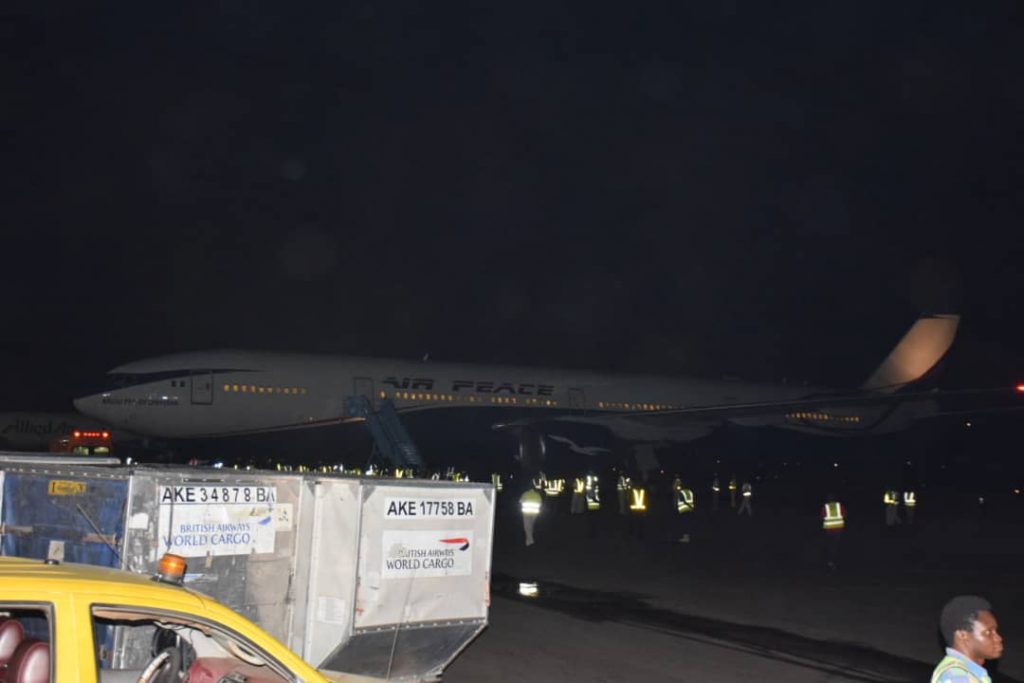 The aircraft at the tarmac
Dabiri-Erewa said a total of 187 Nigerians were evacuated from South Africa.
ADVERTISEMENT
Their flight from South Africa was delayed for seven hours over immigration procedures.