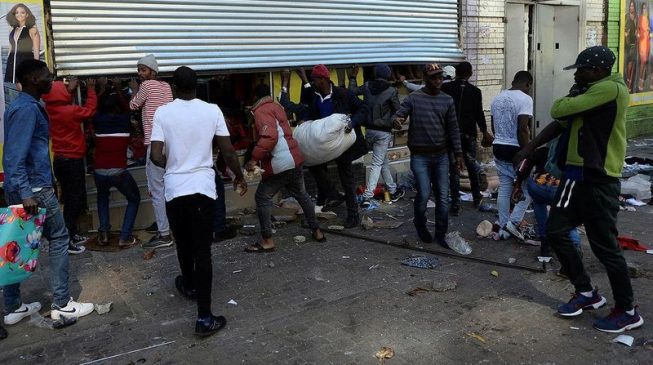 Bobby Monroe South Africa’s high commissioner to Nigeria, says the recent attacks in his country have nothing to do with xenophobia.
On Sunday, three people were reportedly killed and property destroyed in an attack on foreign nationals, including Nigerians in South Africa.
ADVERTISEMENT
The federal government had summoned the high commissioner over the recent attacks on Nigerians in the country.
Speaking on Tuesday during a media briefing alongside Geoffery Onyeama, minister of foreign affairs, TheCable reports that Monroe said the attacks are “sporadic acts of violence” which are not targeted at Nigerians, in particular.
The high commissioner added that businesses owned by South Africans were not spared in the attacks.
“When we look at the pattern of these attacks, you will realise that people who find themselves in the middle of the crossfire are not only foreign nationals,” he said.
“We believe that among the 70 people arrested, it is a multiplicity of nationalities. The situation is still unfolding. We do not have a lot of facts on the table to substantiate on many claims that have been made.
ADVERTISEMENT
“But I can say without any shadow of doubt that what we are witnessing now in South Africa are sporadic acts of violence. To the best of our knowledge, these are not acts of xenophobia.”