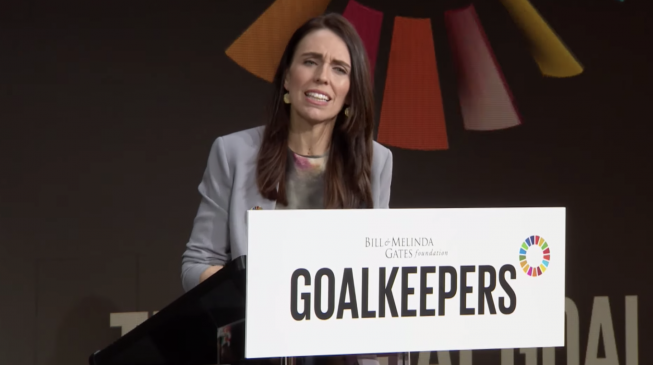 Jacinda Ardern, the prime minister of New Zealand, says there is no point keeping fossil fuel subsidies while fighting to reverse climate change.
Speaking at the Goalkeepers Summit in New York on Wednesday, Ardern said the global leaders must go beyond just gross domestic product (GDP) to driving a wellbeing agenda for the greatest number of people — without ignoring the minority.
ADVERTISEMENT
The 39-year-old prime minister said the world is making progress in many of the sustainable development goals (SDGs) but in some other areas, progress has slowed.
She said countries should look for “how to improve peoples wellbeing and achieve a productive economy at the same time. In a way that enhances rather than diminishes our environment and leave no one behind”.
“We also look for practical ways to get closer to our shared goals, and I want to give an example, and that is our work alongside other to eliminate fossil fuel subsidies and other environmentally harmful subsidies,” Ardern said.
“There is no point in subsidising the climate change that we seek to reverse, but ultimately, we need more collaboration, more examples of the international community prioritising our collective global wellbeing over domestic self-interest.”
Nigeria, Saudi Arabia, and Malaysia are some of the few countries left subsidising fossil fuel, while signing up to combat climate change.
According to the International Monetary Fuel, the world still spends as much as $5.2 trillion subsidising fossil fuels globally. 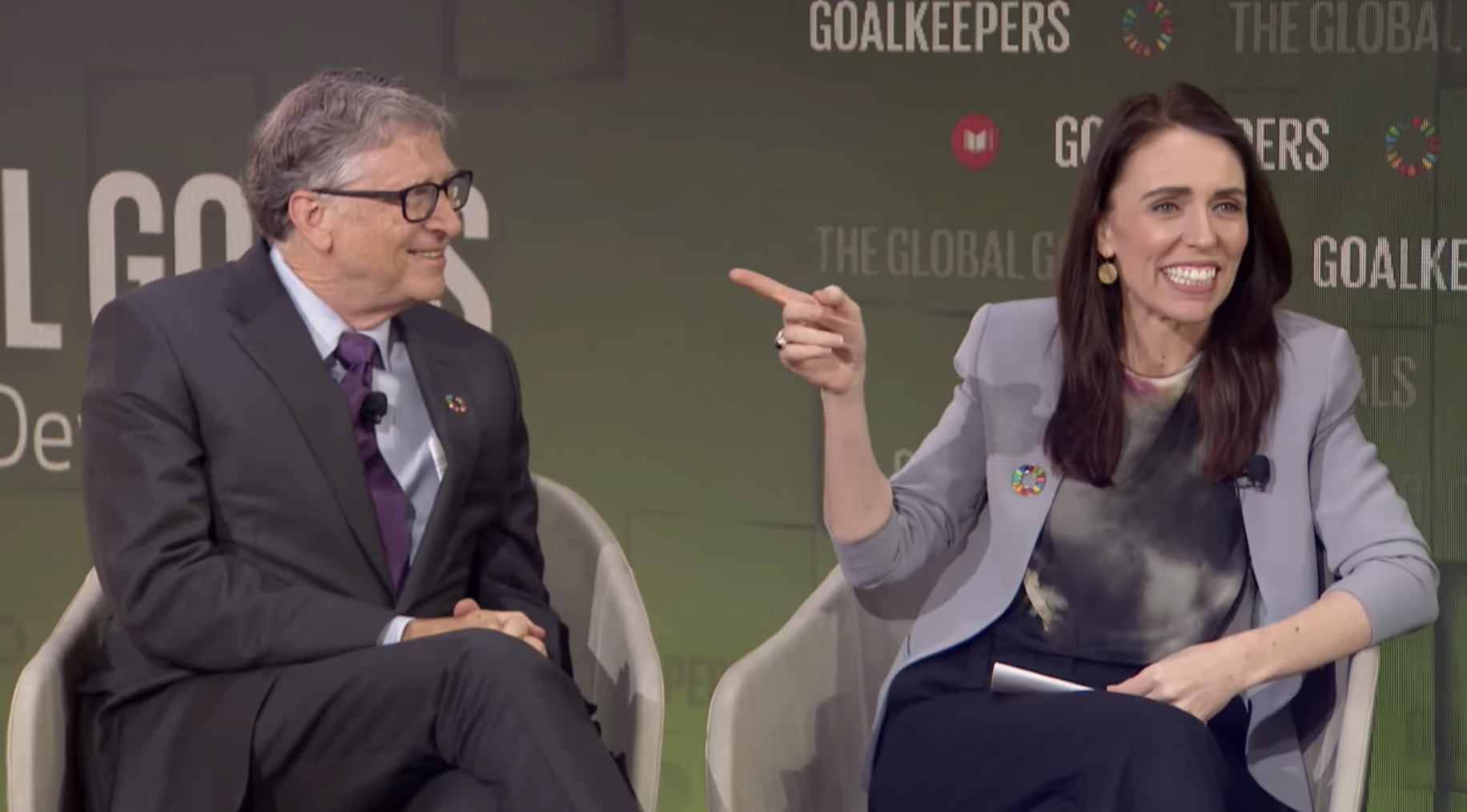 Ardern and Bill Gates at the Goalkeepers Summit 2019
Ardern, who became the world’s youngest female head of government in 2017, called on global leaders to adopt the New Zealand model of prioritising more than just economic growth, to keeping a focus on national and global wellbeing.
“Globally, there has been some impressive progress in some SDGs areas such as reduction in extreme poverty, infant mortality, along with progress in discreet areas, such as increased electricity,” she said.
“I know we all applaud these advance, and the efforts taken to achieve them, but in many areas, progress has slowed. Despite global economic growth, the distribution of benefits remains uneven.
“In some areas, we are going backward; with rising global hunger, rising global greenhouse gas emission, alarming pressure on national resources on the environment.
“I believe the change in approach that we have tried and worked hard to adopt in New Zealand, we should perhaps try and work hard to adopt globally; it is about acceleration, but it is also about transformation.”
She added a caveat that the New Zealand model may not be as successful as envisaged, but the world needs to adopt a new way of thinking more than cost-benefit analysis to pursuing cost benefit across human potential.
ADVERTISEMENT
Ardern is the first female head of government to attend the United Nations General Assembly (UNGA) meeting with her infant present.