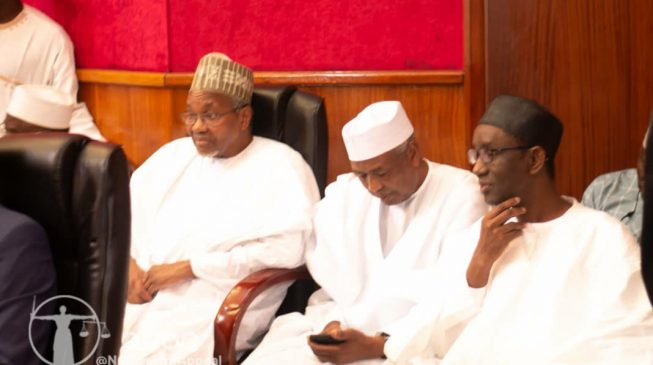 Mamman Daura, a cousin of President Muhammadu Buhari, and Isa Funtua, the president’s close friend, are currently at the presidential election tribunal ahead of the verdict on the February 23 presidential tribunal.
Although both men are not holding any political office, there are reports on how influential they are in the government.
ADVERTISEMENT
Atiku Abubakar, candidate of the Peoples Democratic Party (PDP) in the election, is challenging the victory of Buhari, who contested under the platform of the All Progressives Congress (APC).
The court is filled to the brim, with top members of both parties on the ground.
While Adams Oshiomhole, national chairman of the ruling party, led his party members, Uche Secondus, chairman of the opposition party, is also there with key PDP figures.
ADVERTISEMENT
Below are some pictures: 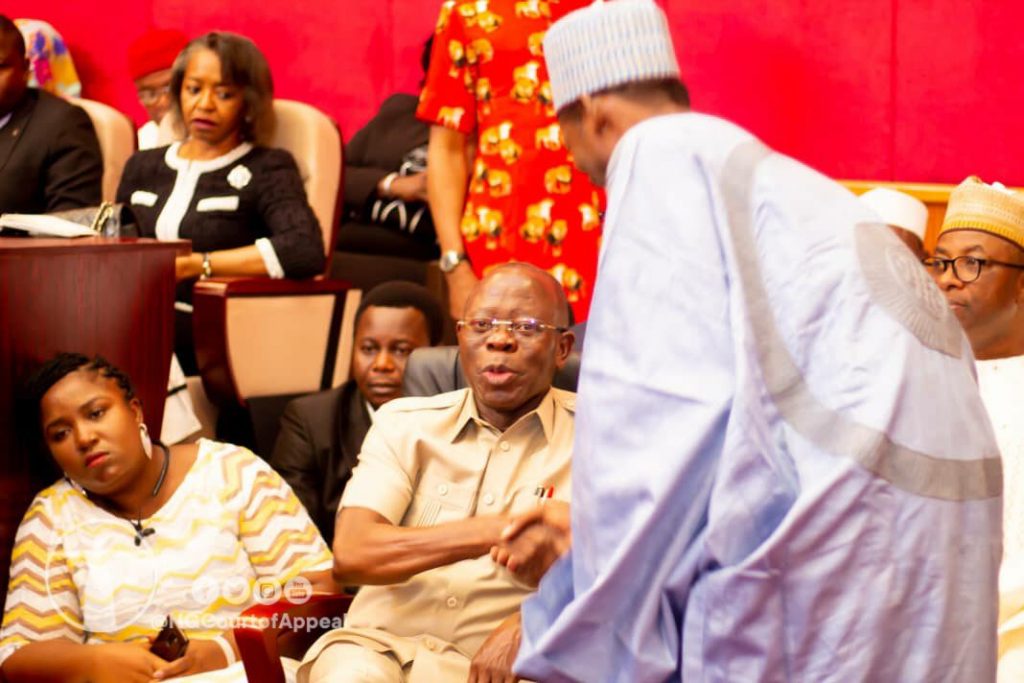 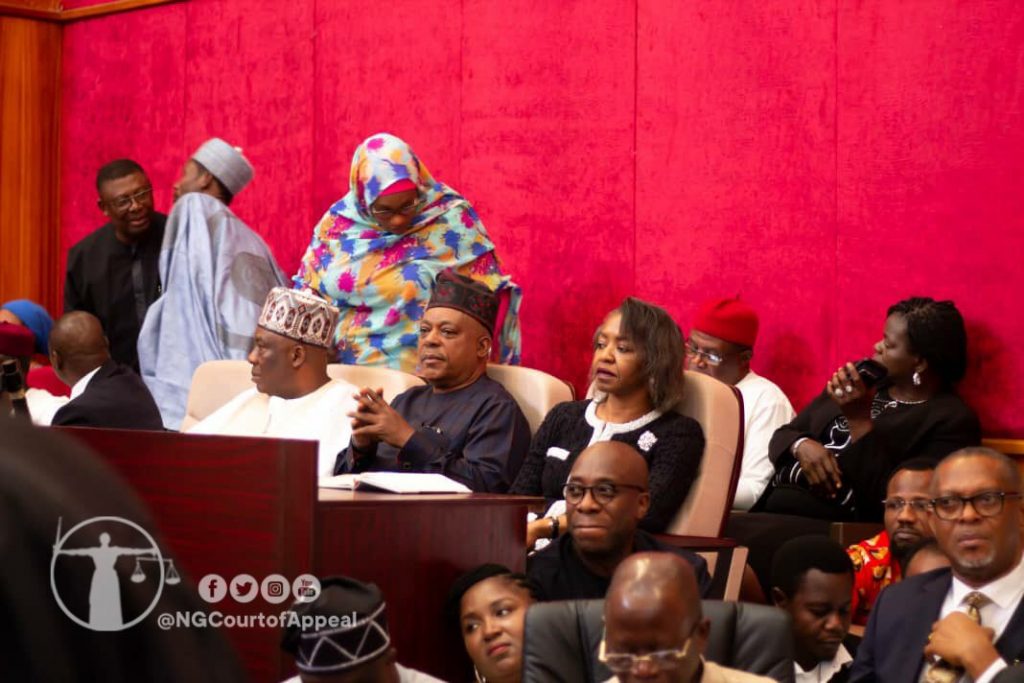 Secondus: All eyes on the judges? 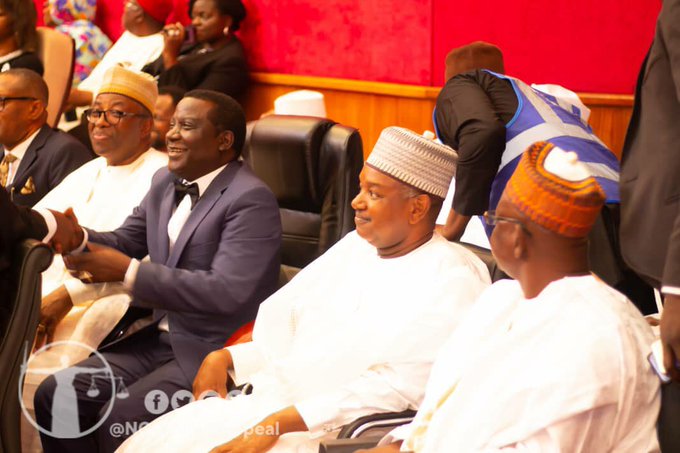