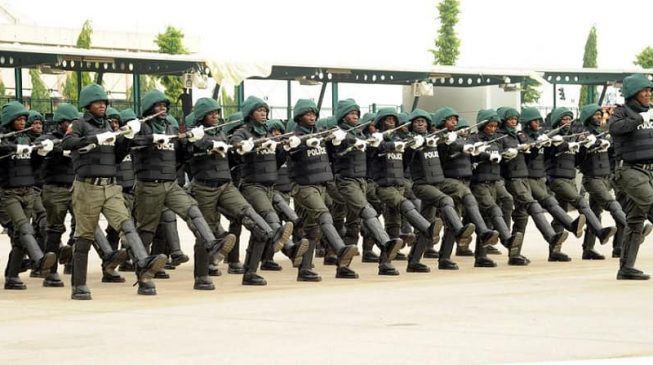 Austin Braimoh, a commissioner of the police service commission (PSC), has accused the Nigeria police force (NPF) of padding the recruitment list of 10,000 constables with unqualified candidates.
The PSC had placed the recruitment of 1o,000 personnel on hold “in order to finalise the remaining stage of the exercise”.
ADVERTISEMENT
Following the action, the relationship between Mohammed Adamu, the inspector general of police, and the commission became frosty. The disagreement has festered as the two parties cannot come to a compromise on who has the mandate to carry out the exercise.
Braimoh told the PUNCH that the list of candidates released by the force was “polluted”.
He said the agency received reports of bribery during the medical screening of candidates across the country.
He said the commission is working towards ensuring that those whose names appeared on the lists without going through the normal process are removed.
“We are going to release a more genuine list because the list the police sent out is polluted. We would have loved to manage it, but we see what happens. We hope we can put heads together and delete people that came in without going through the normal process,” he said.
“This is our first recruitment and we want to ensure we do what is right. We are not accusing them (police) of being corrupt or of doing what is wrong, but we would allow Nigerians to judge at the end of the day. This is all what we stand for.
“We just want to do what is right. Now that things are being put in the proper place, we are still going to have a meeting point, sit together with the DIG Training and all the staff and then look at the list again, the way we presented it at the initial time and then streamline and bring out the best for Nigeria.”
Braimoh said the commission would hold a meeting with the IGP and Maigari Dingyadi, minister of police affairs, to address issues around the recruitment crisis and determine a way forward.
President Muhammadu Buhari had waded into the crisis, asking for collaboration between the two parties for the sake of securing the country.