Reps to probe ALL NGOs in the country 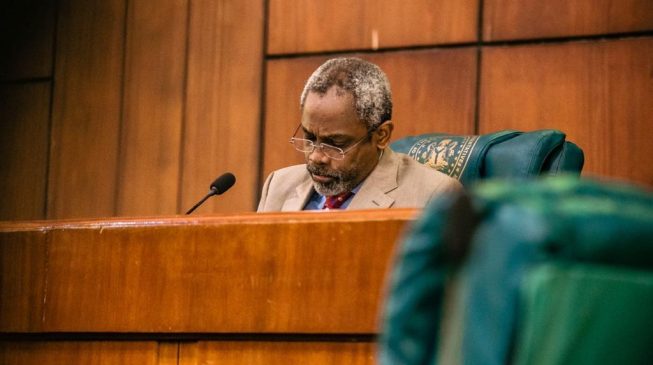 The house of representatives has resolved to investigate all non-governmental organisations (NGOs) operating in the country.
The lower legislative chamber made the resolution on Tuesday while debating a motion on Nigeria’s security challenges.
ADVERTISEMENT
Femi Gbajabiamila, the speaker, also hinted that the lawmakers may reintroduce a bill seeking to regulate the operations of the NGOs.
The controversial bill was introduced in the last session; it will now have to be debated afresh.
Gbajabiamila said security chiefs had during a meeting with the house leadership on Monday, complained of the activities of some of the NGOs identified as “bad eggs”.
“Buba Jubrin in the 8th Assembly sponsored the NGO bill, and there was a lot of public outcry,” he said.
”But with the revelations from the meeting with the security chiefs, this time we will invite the NGOs and we may need to revisit the bill, because we are sure they will not want few rotten eggs to spoil the whole basket, we will invite them.”
The house also approved a motion asking relevant committees to “investigate all NGOs in Nigeria to investigate their total number and source of funding”.
The development comes a few days after the Nigerian army shut down the operations of Action Against Hunger, one of the NGOs providing relief for victims of Boko Haram in the north-east.
The army accused the organisation of providing food for Boko Haram insurgents.
WHAT IS THE NGO BILL?
The NGO Regulatory Commission Bill seeks to supervise, monitor and coordinate the activities of civil society organisations (CSOs) and community-based organisations (CBOs),
It has been rejected by many Nigerians including Chidi Odinkalu, former chairman of the National Human Rights Commission and one of the lead campaigners against the bill, who described it as “totalitarian”.
At a public hearing organised to deliberate on it last year, none of the civil society organisations and non-governmental organisations supported it.
Those against the bill have argued it will be used to stifle the operations of the NGOs, and that necessary laws have been put in place to regulate the NGOs already.
ADVERTISEMENT
Yakubu Dogara, former speaker, had said the bill seeks to “inject transparency, accountability and prevent the subversion of national security from both within and without”.