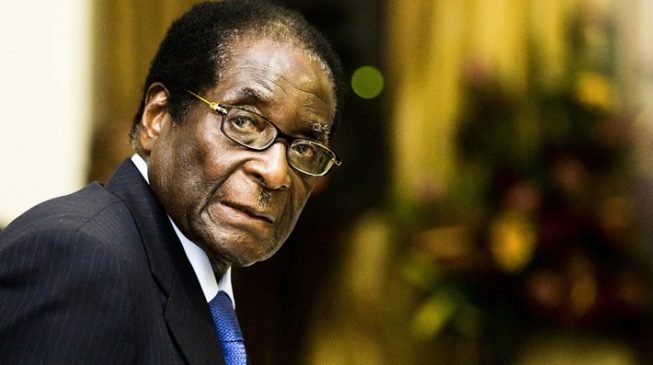 Robert Mugabe, former president of Zimbabwe, has died.
TheCable reports that he died in Singapore aged 95 after battling ill health.
ADVERTISEMENT
Emmerson Mnangagwa, president of Zimbabwe, tweeted about the demise of Mugabe on Friday morning.
“It is with the utmost sadness that I announce the passing on of Zimbabwe’s founding father and former President, Cde Robert Mugabe,” he tweeted.
“Cde Mugabe was an icon of liberation, a pan-Africanist who dedicated his life to the emancipation and empowerment of his people. His contribution to the history of our nation and continent will never be forgotten. May his soul rest in eternal peace.”
Mugabe had been president of the southern country since 1980 and resigned in 2017 after military pressure.
His resignation was welcomed with street celebrations in Harare, the country’s capital.
Born into a Catholic family on February 21, 1924, he was trained as a teacher at Fort Hare University in South Africa.
After teaching in Ghana, he returned to his country, which was then known as Rhodesia, where he spent 10 years in jail for his nationalist activities.
Over the 10 years, Mugabe got three educational degrees through correspondence.
ADVERTISEMENT
Mugabe’s exit from office was affected by a number of factors including the political quest of his wife, Grace, and disquiet over the country’s problems.