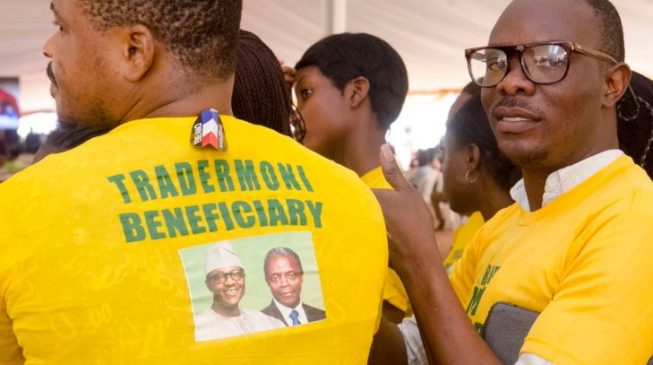 The presidential election petition tribunal has dismissed a claim by Atiku Abubakar that the presidency induced voters before the election with its Trader-moni scheme.
In his petition, Atiku had accused Vice-President Yemi Osinbajo of inducing voters with Trader-moni.
ADVERTISEMENT
But the tribunal struck out this paragraph of the petition was for lacking in merit. It held that it cannot entertain how government officials spend public funds.
The court dismissed an application by President Muhammadu Buhari asking it to strike out Atiku’s petition for being defective.
It held that all the grounds of Atiku’s petition ”are valid and hereby subsist”.
The tribunal said the petitioner has the right to present his petition to the court in line with the provisions of the Electoral Act, 2010 as amended, and that there is no inconsistency in the petition submitted by him.
It therefore resolved the issue against Buhari, the 2nd respondent in the matter.
The tribunal also dismissed a motion filed by the president against Atiku on the argument of non-use of the smart-card reader and other electronic devices.
ADVERTISEMENT
It ruled against Buhari, stating that the use of card reader is a valid component of the electoral process.