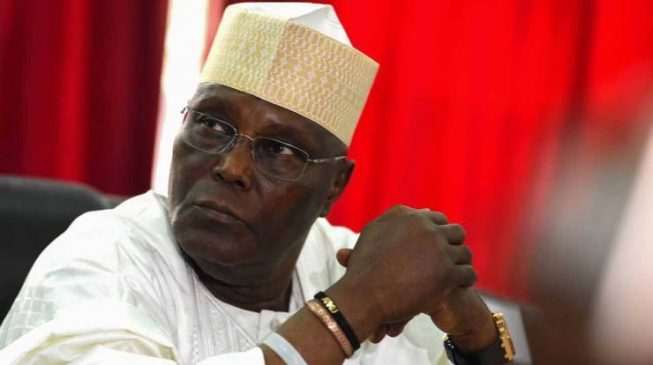 The presidential election petition tribunal has dismissed the petition challenging the victory of President Muhammadu Buhari in the last election.
At its sitting on Wednesday, the tribunal said the petition filed by Atiku Abubakar of the Peoples Democratic Party (PDP) lacked merit.
ADVERTISEMENT
Mohammed Garba, the lead judge, said the PDP and Atiku failed to provide enough evidence to support the claims in the petition including those bothered on electoral malpractices.
“I have come to the conclusion that the petitioners have not proved any of the grounds in paragraph 15 as required. For failure of this, this petition is hereby dismissed in its entirety,” he said.
Atiku had gone to the tribunal to challenge the victory of Buhari who was declared winner of the election by the Independent National Electoral Commission (INEC).
Among the grounds of his petition was that Buhari was not qualified to contest for president, and that he garnered more votes than the APC candidate.
But the tribunal said Buhari was “eminently qualified” to contest the presidential election.
It also ruled that the petitioners failed to prove there were electoral malpractices in the election.
The tribunal also said they failed to establish that electoral officials were harassed and that any such harassment influenced the outcome of the election.
Atiku had claimed results from INEC’s server showed he got more votes than Buhari but the tribunal dismissed this claim as well.
“It is my view that whatever results you claim to have gotten belong to a whistle-blower,” the lead judge said.
ADVERTISEMENT
“It is possible to use scientific method to alter data on a website. Therefore, the petitioner relied on information from a third party (and) the evidence is unreliable because it is hearsay and inadmissible.”