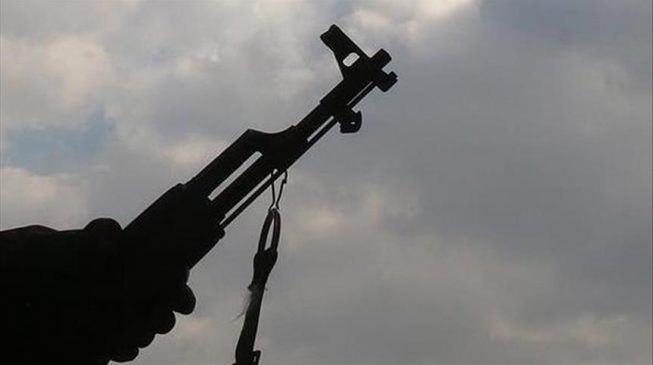 The governorship primary election of the Peoples Democratic Party (PDP) in Kogi state came to a halt on Wednesday morning as gunmen invaded the venue of the exercise shooting sporadically.
TheCable reports that the gunmen were said to have stormed the Lokoja Confluence Stadium after delegates had voted on Tuesday, and during vote-counting in the early hours of Wednesday.
ADVERTISEMENT
Eight out of the 10 ballot boxes used in the exercise were said to have been sorted out and counted before the attack.
Aspirants and delegates scampered for safety as the invaders shot in different directions.
Ahmad Fintiri, Adamawa state governor, chairman of the electoral committee, was said to have been whisked away to safety by his security detail.
The governor, however, did not continue overseeing the process as he was driven out of the venue a few hours later.
Earlier, Fintiri said 2,388 delegates were accredited out of a total of 2,511 from 21 local government areas of the state.
ADVERTISEMENT
The aspirants cleared for the primary election are Wada Idris, former governor of the state; Dino Melaye, senator representing Kogi west; Erico Ameh, Aminu Suleiman, Grace Adejoh, Abubakar Ibrahim, Kabiru Haruna, Musa Wada, Saliu Atawodi, Mohammed Adah, Victor Adoji, Baye Averehi, and Emmanuel Omebije.