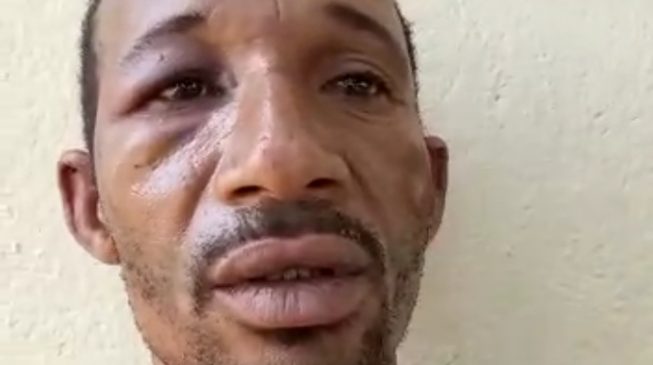 The police say they have arrested Bello Audu,’Yellow’, the alleged mastermind of kidnappings on Abuja-Kaduna road.
Audu, who is alleged to be the most-wanted commander of kidnappers terrorising Abuja-Kaduna-Kano road axis, was said to have been arrested by the Intelligence Response Team (IRT) of the police.
ADVERTISEMENT
He allegedly confessed to more than 50 kidnappings and killings. Members of his gang are also said to be in custody.
After a lull, kidnappings on Abuja-Kaduna road resumed in August with the abduction of three students of Ahmadu Bello University (ABU), Zaria.
The families of the victims had to pay undisclosed sums as ransom to secure their release.
On Tuesday, six persons were also reported kidnapped on the road.
ADVERTISEMENT
Abuja-Kaduna road has become a notorious flash-point of kidnappings, and many commuters have resorted to travelling by rail putting pressure on the train stations in Abuja and Kaduna.