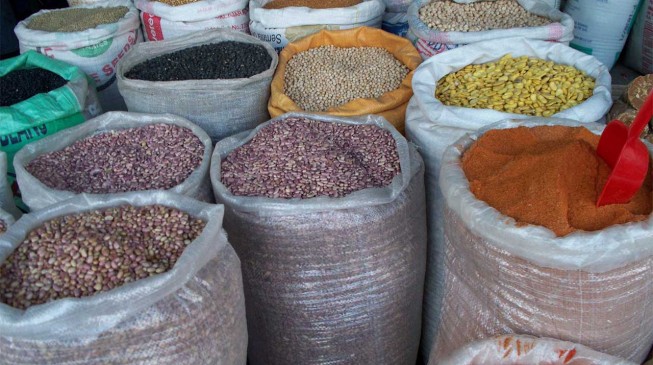 Adetunji Oredipe, a senior agriculture economist with the World Bank, says Nigeria’s position as one of the largest food importers in the world has put the economy in a dangerous position.
Speaking on Thursday at the Agriculture Summit Africa sponsored by Sterling Bank, TheCable reports that Oredipe said Nigeria is living on borrowed time.
ADVERTISEMENT
According to the economist, Nigeria would have been earning at least $10 billion if it had held on to its market share in palm oil, cocoa and groundnut production.
Giving an illustration, he said Nigeria spent $965m on the importation of wheat, $39.7m to import rice and $100.2m on sugar importation in 2016 alone.
He said the decision to spend $655m on fish importation seems financially irresponsible, given all the marine resources, rivers, lakes, and creeks in Nigeria.
“None of the above transactions (importation of rice, fish, sugar) is fiscally, economically, or politically sustainable,” PUNCH quoted him to have said.
“Nigeria is tragically living on borrowed time, a typical case of robbing Paul to pay Peter.
“For instance, each time we spend money to import rice, Nigerian local rice farmers are negatively affected in terms of morale, sales, and realizable income.”
The Muhammadu Buhari-led administration, since its inception, has been making efforts to help the country achieve food security.
ADVERTISEMENT
In a recent move, the president directed that the Central Bank of Nigeria (CBN) restrict forex for food importation.