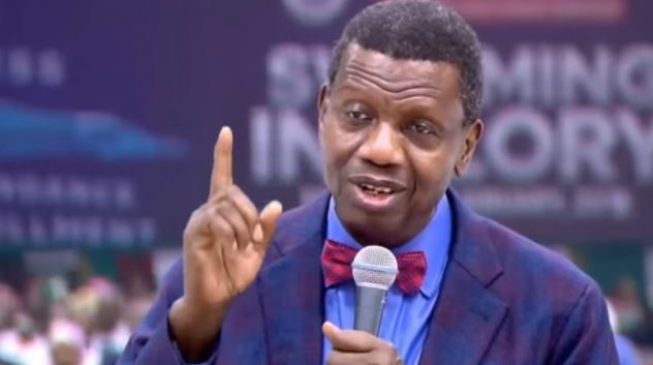 Enoch Adeboye, general overseer of the Redeemed Christian Church of God (RCCG), has appealed to Nigerians not to retaliate against South Africans living in the country.
Speaking on Friday at the monthly Holy Ghost service of the church at the Redemption camp in Ogun state, he urged the people to protect the South Africans living around them and let the government handle the situation.
ADVERTISEMENT
Foreign businesses and properties have come under attack in the country, which has deepened diplomatic row between Nigeria and South Africa in the past few days.
On Friday, the South African police announced that they had arrested 497 suspects who have been looting shops owned by foreigners.
The police said the looting still continues till date.
“You don’t know what it means to be in another man’s land, not knowing what will happen. Be careful,” he warned.
“Don’t retaliate against South Africa because of the Nigerians who are still in South Africa.
“The average South African is a decent person, I know that. Those who are causing the trouble are not many. If you have a South African living near you, show them love, protect them from any harm.
“If the government was to repatriate all Nigerians from South Africa, they will be back in the next two months. Do we have enough jobs for those who stayed back in Nigeria, in the first place, not to talk of repatriating people back?
ADVERTISEMENT
“For the sake of your kit and kin, don’t retaliate against South Africa, let us leave this issue for government to handle, while we pray for God to give them wisdom and understanding to handle the situation.”