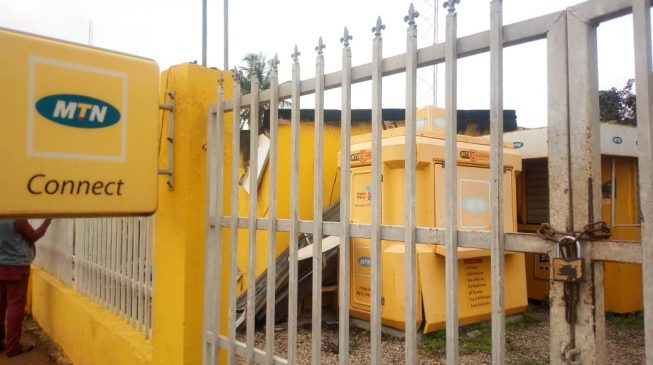 MTN Nigeria has announced a closure of all its service outlets and offices till further notice, TheCable reports.
In a statement released on Wednesday, the telecommunications company said it has confirmed attacks on its facilities in Lagos, Ibadan and Uyo.
ADVERTISEMENT
“MTN Nigeria Communications PLC confirms that over the last day, our facilities, customers and some of our stakeholders have been the subject of attacks in retaliation for the ongoing xenophobic situation in South Africa,” the statement read.
“We have confirmed reports of attacks in Lagos, Ibadan and Uyo. While we remain committed to providing uninterrupted services, the safety and security of our customers, staff and partners is our primary concern.
“All MTN stores and service centres will there be closed as a precaution until further notice.
“MTN condemns any acts of violence, prejudice and xenophobia and remains absolutely committed to ensuring a peaceful, harmonious and respectful relationship with all communities in Nigeria and across Africa.”
Reports about attacks on foreigners especially Nigerians living in South Africa had gone viral on Monday.
Bobby Moore, the South African high commissioner to Nigeria, had been summoned to explain the situation.
Addressing journalists on Tuesday, Moroe had denied the occurrence of xenophobic attacks.
Instead, he said the attacks were random acts of violence.
ADVERTISEMENT
Other businesses originating from South Africa including Shoprite, a retail store, were also affected.