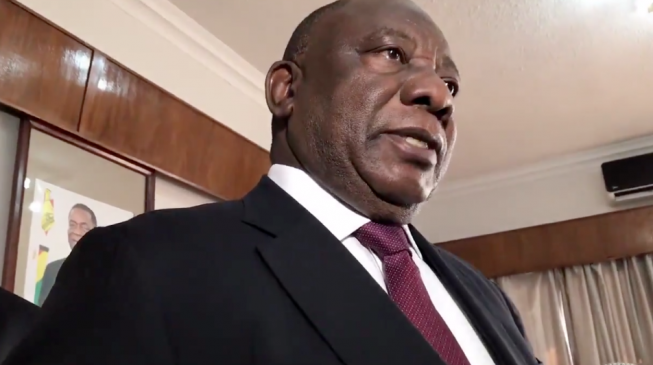 Cyril Ramaphosa, president of South Africa, was booed on Saturday while addressing mourners at Robert Mugabe’s funeral in Zimbabwe.
Mugabe, Zimbabwe’s president of 37 years, died in a Singaporean hospital at the age of 95.
ADVERTISEMENT
Ramaphosa was among world leaders who attended the state burial in Zimbabwe to pay their last respect.
The president was booed as soon he climbed the stage to deliverer his speech, it took the intervention of the hosts to calm the angry audience.
There have been attacks on foreign nationals in South Africa leading to the looting of shops and property owned by foreigners.
On Wednesday, 187 Nigerians voluntarilyreturned to Nigeria due to xenophobic attacks.
ADVERTISEMENT
Below is a video of the booing.