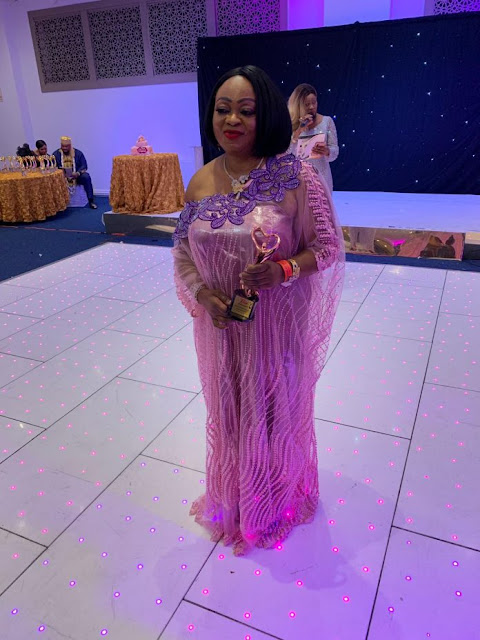 The Award clinching season for Alter Date Movie Producer Yemisi Banjoko-Ogunyemi is most assuredy unending as she has just won another award at the just-held EPRA Awards in the United Kingdom.
At the historic event, she bagged the EPRA2019 Award for Outstanding Rising Film Producer of the Year 2019.
ADVERTISEMENT
According to firstnigerianews, before the EPRA2019, she won the Award for the Best Nollywood Female Film Maker of the Year 2019 while her product, the AlterDate was BestNollywood Film of the Year 2019, at the recent Canadian TINFF Awards.
Also at the DBE Awards, she won the 2019 DBE Music Award for her Outstanding Achievements in Movie.
Firstnigerianews reports that Without an iota of doubt, Yemisi Banjoko-Ogunyemi now possesses what could be likened to a magic wand for outstanding achievements in Nollywood.
ADVERTISEMENT
Below is the video and also photos at the event: