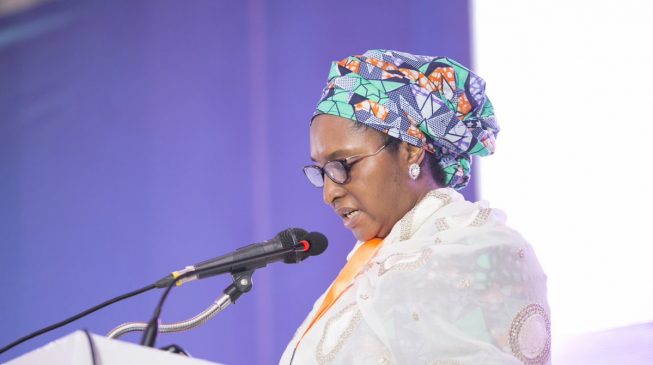 Zainab Ahmed, minister of finance, budget and national planning, says the federal executive council (FEC) approved an increase in value added tax (VAT) from 5% to 7.5% and not 7.2% which was announced earlier.
On Wednesday, the minister told state house correspondents at the end of the cabinet meeting that the FEC approved the increase to 7.2%, which is now subject to an amendment of the VAT act of 1994 by the national assembly.
ADVERTISEMENT
But in a statement on Friday, Yunus Abdullahi, spokesman of the minister, said the proposed increase was from 5% to 7.5% and is based on the recommendation of the presidential technical advisory committee.
He said on the committee are economists from public and private sectors with Bismack Rewane, managing director and chief executive officer of Financial Derivatives Company Limited, serving as its chairman.
Abdullahi said the committee, in its report, recommended the increase in the VAT rate from 5% to 7.5%, adding that the prevailing VAT rate in Nigeria was still about half the African average.
“The proposed increase is subject to legislative intervention by the National Assembly who will have to amend the Revenue Act to reflect the proposed increase,” the statement read.
Abdullahi said the VAT exempts food, medicines and other basic necessities, thereby reducing the economic burden on the poor.
“The existing VAT Act exempts the basic necessities such as food, medicines and education, which therefore minimises the impact on the poor and vulnerable segments of the Nigerian society from the burden thereof,” he said.
ADVERTISEMENT
“The VAT increase, if correctly implemented, could bring in huge revenues, which would actually reduce the fiscal deficit burden.”