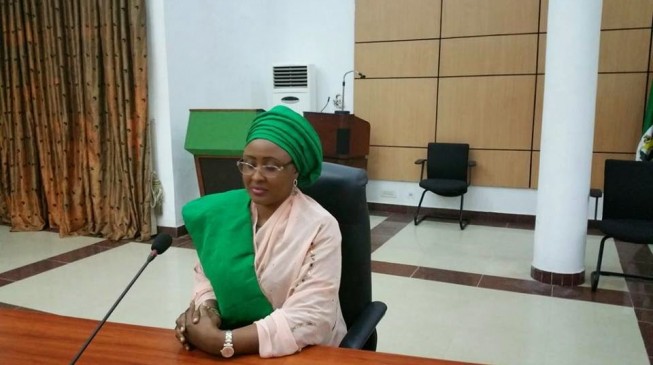 Aisha Buhari, wife of the president, has apologised for the embarrassment of a video where she was seen shouting at Aso Rock.
According to Suleiman Haruna, her spokesman, the first lady tendered the apology when she played host to wives of governors of the 36 states at the presidential villa in Abuja.
ADVERTISEMENT
“Commenting on the videos circulating on social networks, [Aisha] Buhari extended her apology to her children, her immediate family members and all well-meaning Nigerians over the embarrassment that the videos had caused,” the statement said.
The video was recorded by Fatima, daughter of Mamman Daura, who alleged that the first lady attacked her inside the presidential villa.
Daura is the president’s nephew.
Confirming the video upon her return to Nigeria, Aisha had said she reacted angrily because she was denied access to parts of the villa by Daura and his family.
ADVERTISEMENT
She said Daura’s family acted the way they did because Buhari had “sacked” them from the house.
She was quoted as saying Fatima recorded the video while mocking her.