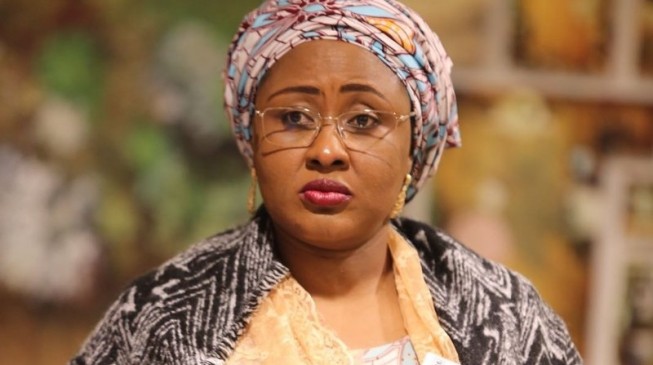 Aisha Buhari, wife of the president, says she was denied access to an apartment at the presidential villa by the family of Mamman Daura, Buhari’s nephew.
Aisha was reacting to a statement by Fatima, daughter of Daura, who said the president’s wife attacked her inside the presidential villa.
ADVERTISEMENT
In a video which trended on Friday, the president’s wife was seen speaking angrily and complaining about being denied access to her apartment.
Fatima, who recorded the video, said she least expected Buhari’s wife to act in a violent manner.
But in another interview with BBC Hausa, Aisha reportedly confirmed that she was the one speaking in the video.
According to PREMIUM TIMES, she said she reacted angrily because she was denied access to parts of the villa by Daura and his family.
She said Daura’s family acted the way they did because Buhari had “sacked” them from the house.
She was quoted as saying Fatima recorded the video while laughing at and mocking her.
“I was the one in that video and this person you see standing at my back are my security personnel,” the first lady was quoted to have said.
“It was Fatima, the daughter of Mamman Daura that shot the video in front of my security and everybody there. She was actually recording the whole thing right in front of me and was laughing and mocking me.
“They did that because my husband sacked them from the house. He told them to get all their belongings and leave the house for my son (Yusuf) to occupy.
ADVERTISEMENT
“I left them and wanted to get to one of the rooms but they prevented me from getting through, I left them and took another way yet I met the store locked.”
The first lady has been critical of Daura, although in a veiled tone.