ANALYSIS: What Brexit means for the Nigerian economy? 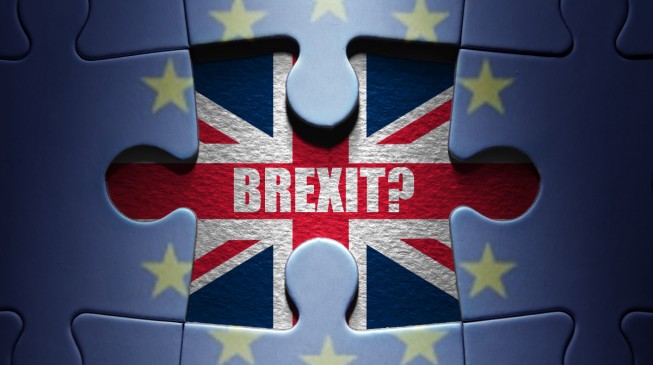 After more than 1200 days after Britain voted to leave the European Union, the country still remains in the trading bloc, pondering exactly how to leave.
Although the October 31 “do or die” Brexit deadline has been extended to January 2020, this is simply kicking the can further down the road. With the United Kingdom set for general elections on December 12, this will certainly not be a quiet Christmas for Britain and the Pound.
ADVERTISEMENT
It will be unwise for investors to rule of the possibility of the United Kingdom crashing out of the European Union next year given the unpredictable nature of Brexit.
The seismic tremors created from such an unfavourable development will ripple far beyond the borders of Britain, with everyone across the globe feeling the heat including those in Africa.
Given how Brexit adds to the growing list of geopolitical risk factors straining investor confidence, appetite for emerging market may diminish if the UK leaves the European Union without a deal. It is not only an appetite for emerging markets that will be under threat but trade and diplomatic relations with Britain and Europe following the divorce.
It must be kept in mind that trade deals with the UK and African countries are negotiated through the EU which plays a middle man. With the agreement becoming void when Britain departs from Europe, this presents significant disruptions and economic risk to African nations who trade with the UK.
Britain’s top trading partners like Nigeria, Kenya and Egypt will most likely be punished by a no-deal Brexit. The UK was Nigeria’s 6th largest trading partner in 2018 with total trade roughly $5 billion.
In 2018, Nigeria exported £2.23 billion worth of crude oil to the UK, an improvement over the level of £1.1 billion in 2017; but with the UK’s economy exposed to downside risks, the outlook for Nigeria’s oil sales appears less promising.
Nigeria’s oil sales in the UK and Europe face another challenge. Over and above the UK’s declining economic circumstances is increased competition from the US light sweet crude oil industry.
In August, oil sales slowed to their lowest level of the year because US shale oil flooded European markets. In July, Nigeria’s oil sales to the US fell to zero as US President Donald Trump’s administration powered up its energy dominance policy.
It is essential for Nigeria to regain market share in the UK and Europe, which accounts for 46% of its crude oil sales.
As demand and supply-side challenges grow, Nigeria could benefit from closer relations with the UK government, which points out that it has extensive experience in building and managing oil industry infrastructure. A trade deal which secures the UK as a guaranteed buyer of Nigerian crude oil could certainly support demand in the long term.
As part of its post-Brexit strategy, the UK government hopes to revive its relationships with the Commonwealth markets and has already begun talks with Nigeria to improve bilateral ties.
In one example, the UK provided credit and finance worth £1.25 billion to facilitate British companies to export goods to Nigeria, resulting in £76.5 billion worth of trade in the last 10 years.
During the second quarter of 2019, Jeremy Hunt, Britain’s foreign minister visited Nigeria promising a big pool of funds which could be invested in infrastructure. In other developments, the two countries launched an economic forum to explore mutual investment interests. The governments are already discussing the introduction of Naira-backed financial instruments in the UK and expanding cooperation in the insurance sector.
ADVERTISEMENT
To wrap up, Nigeria’s post-Brexit relations with the UK are faced with several headwinds which could blow off course the priority to maintain and increase investments in the development of its oil and gas industry infrastructure.
On the upside, it is positive that trade talks with the UK are deepening and there are pre-existing diplomatic and trading relationships which go back many decades.
Lukman Otunuga is the senior research analyst at FXTM