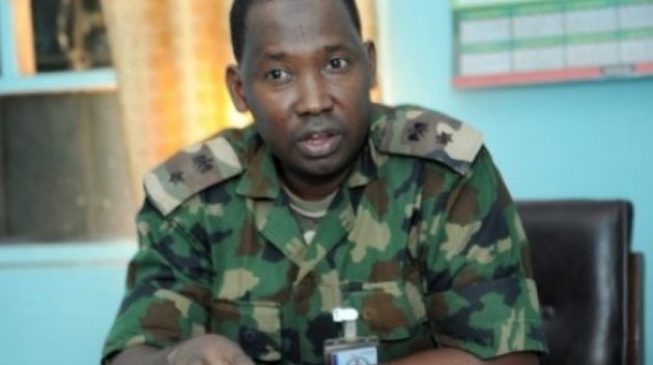 The Nigerian army has asked Ali Ndume, chairman, senate committee on army, to provide evidence showing over 840 soldiers have been killed by Boko Haram insurgents.
The senator representing Borno south had on Tuesday said from 2013 till date, not less than 840 soldiers have been buried in the military cemetery located in Maiduguri, Borno capital.
ADVERTISEMENT
Ndume said his committee had just returned from a trip to Borno where they discovered that soldiers were under-equipped to confront the insurgents.
But Sagir Musa, army’s spokesman, dismissed Ndume’s claim.
“If he says so, then he should substantiate. What is his source? Let him provide it,” Sagir told TheCable via telephone.
In a report in August, The Wall Street Journal said over 1,000 soldiers were killed on the frontline and were secretly buried in Maiduguri.
Quoting military sources, the newspaper said the number of soldiers buried in that manner could be higher than the figure.
ADVERTISEMENT
Over the months, the insurgents have attacked military bases and formations in the war theatre, killing soldiers.