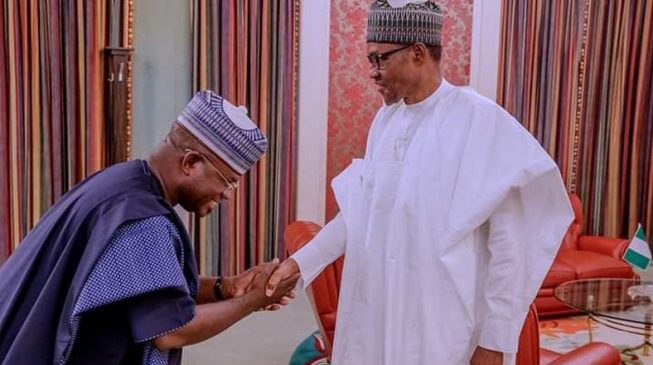 President Muhammadu Buhari has asked the senate to approve the sum of N10.069 billion for Kogi state.
The sum is a refund for projects executed on behalf of the federal government by the Kogi state government.
ADVERTISEMENT
The president’s request was contained in a letter read by Senate President Ahmad Lawan on the floor of the upper legislative chamber on Tuesday.
In the letter, Buhari said the 8th assembly led by Bukola Saraki had approved payment for 24 states out of the 25 owed by the government.
He said the claims made by the states have been verified by the ministry of works and housing, Bureau of Public Procurement (BPP) and have been approved by the federal executive council (FEC).
“The senate is hereby requested to kindly approve the issuance of promissory note to the sum of N10,069,692,410.15 as refund to Kogi state government as payments for projects executed on behalf of the federal government while looking forward to the timely issuance of the resolutions of the national assembly for the refund to Kogi state government,” he said.
ADVERTISEMENT
Lawan referred Buhari’s request to the committee on local and foreign debts.
The committee is expected to turn in its report in two weeks.