Buhari is NOT interested in a third term, says Garba Shehu 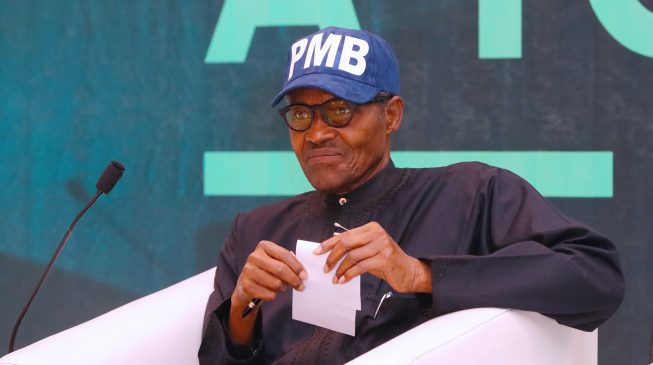 Garba Shehu, senior special assistant to the president on media and publicity, says President Muhammadu Buhari is not interested in another term.
In a statement on Tuesday, Shehu warned “so-called support groups, staging street demonstrations asking President Buhari to do a third term”, to desist.
ADVERTISEMENT
He said as a democrat Buhari is only interested in rounding off his second term after which someone else would take over.
“The Presidency wishes to correct internet-based gossip and un-informed media commentary regarding presidential term limits, given credence by so-called support groups, staging street demonstrations asking President Muhammadu Buhari to do a third term,” he said in a statement.
“There are no circumstances – nor set of circumstances – under which President Buhari may seek to amend the Constitution regarding the two-term term limit on holding office as President.
“President Buhari intends to serve his full second elected term in office, ending 2023 – and then there shall be a general election in which he will not be a candidate.
“There is not even the faintest possibility that this will change. It is important to note that there was a past attempt to change the Constitution to allow for the-then incumbent president to stand for a third term. That attempt was wrong, unconstitutional – and rightly rebuffed. No such attempt will happen under this President.
ADVERTISEMENT
“President Buhari is a democrat. He respects the Constitution. Any activity aimed at altering the two-term limit will not succeed and shall never have his time nor support.”