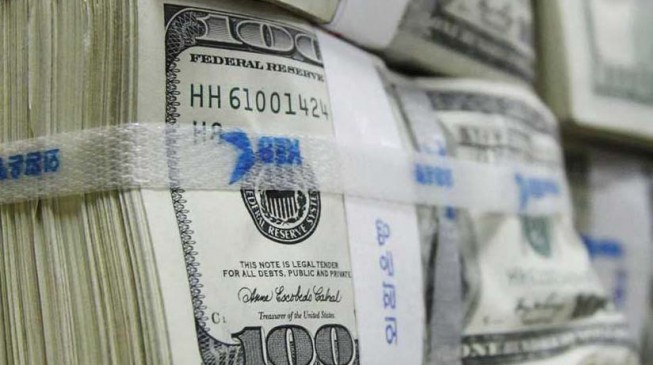 An estimated $582 billion has been stolen from Nigeria since independence in 1960.
The estimate, which was attributed to Chatham House, was quoted in an article published by The Economist titled, ‘Catch me if you can, African kleptocrats are finding it tougher to stash cash in the West,’ published in its online edition.
ADVERTISEMENT
Corruption is known to be one of Nigeria’s major problem and at least N11 trillion is said to have been diverted in the power sector alone since 1999, while N1.3 trillion public funds were reportedly laundered between 2011 and 2015.
In the article which talks about illicit financial flows in Africa, The Economist said so much has been pilfered from the continent that “tracking it all is tricky”.
It quoted Britain’s International Corruption unit as saying it has confiscated £76m ($117m) loot from Nigeria since 2006.
“Another £791m has been frozen worldwide thanks to its work,” it said, adding that “it barely makes a dent in the £100bn of illicit funds which Steve Goodrich at Transparency International, a watchdog, reckons enters Britain every year”.
The Economist said African leaders’ best way of hiding and moving stolen funds is to set up “a raft of anonymous shell companies and bank accounts”.
It spoke of how Sani Abacha, the former military head of state stole Nigeria blind and “deposited billions of dollars in banks across the rich world, no questions asked”.
“Light-fingered tyrants are looking back wistfully. In past decades they could stash their illicit wealth in the West,” it said.
“Friendly lawyers, banks and middlemen were on hand to park the loot. Western governments often seemed equally unfussed.”
LIGHT AT THE END OF THE TUNNEL
The article, however, said gone are the days when stealing public funds was easy as it is “becoming a bit harder to get away with”.
“Anti-corruption campaigners and muckraking journalists have busied themselves trying to uncover stolen assets,” it said.
ADVERTISEMENT
“Western governments, tired of seeing aid money stolen, have toughened up money-laundering and bribery laws.”
Similarly, an anti-corruption tool in the form of a mobile application was recently launched by the Akin Fadeyi Foundation to enable Nigerians to report corrupt practices.