CJN: There will be grave consequences for disobeying court orders 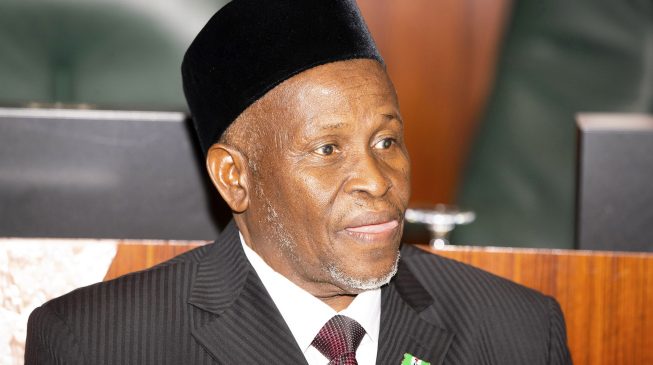 Tanko Muhammad, chief justice of Nigeria (CJN), says disobeying court orders would attract grave consequences.
Muhammad said this on Friday while speaking at the launching of the 9th house of representatives legislative agenda in Abuja.
ADVERTISEMENT
Represented by John Tosho, chief judge of the federal high court, the CJN said the judiciary will continue to operate without fear or favour.
He also said judges will carry out their functions to the letter, adding that the national assembly has “a good and dependable ally in the Nigerian judiciary”.
Muhammad said: “I will like to assure you that as you embark on this important voyage of national rebirth and re-invigoration through effective, people-oriented legislation, the Judiciary is solidly behind you.”
“We will on our part, as usual, vigorously pursue the observance of the rule of law by all citizens. There is no sacred cow anywhere, as no one is above the law, no matter his or her position in society.
“Justice must be served without fear or favour. Every law of the land must be obeyed. Let me assure everyone present here that the consequences of disobeying lawful court orders will be too grave to bear.
“We all should gird our loins to do our constitutionally assigned duties with due diligence so that Nigeria can be the pride of everyone.”
The current administration has been criticised on various occasions for not obeying court directives ordering the release of detainees like Sambo Dasuki, former national security adviser, and Ibraheem El-Zakzaky, leader of the Islamic Movement in Nigeria (IMN).
ADVERTISEMENT
Also, Omoyele Sowore, convener of the ‘Revolution Now’ movement, remains in the custody of the Department of State Services (DSS), after a court order directing his release was reportedly turned down.