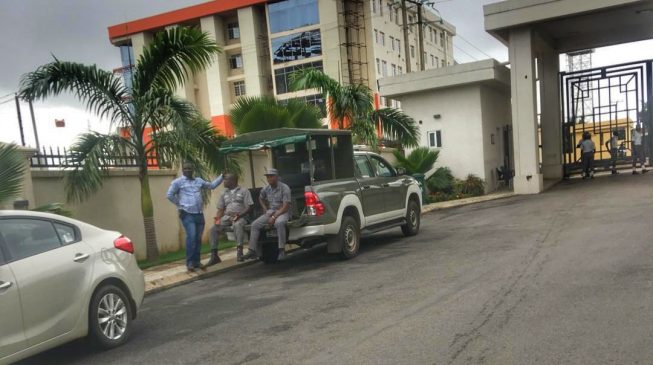 Officers of the Nigeria Customs Service laid siege on Fraser Suites, a five-star hotel in Abuja, on Wednesday night in search of cars smuggled into the country.
TheCable gathered from various sources including two customs officials that some cars were seized during the operation which lasted for hours around midnight.
ADVERTISEMENT 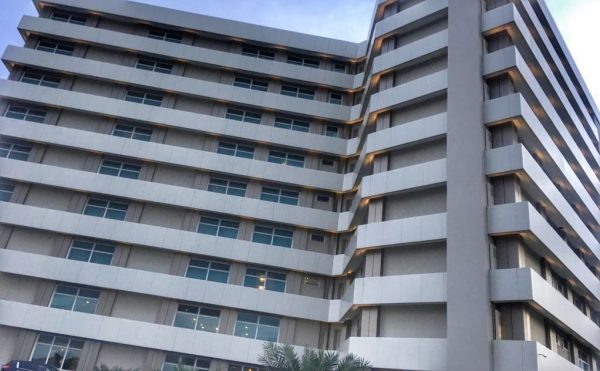 A view of the hotel
Eyewitnesses told TheCable some of those lodged at the hotel were asked to leave their room and present relevant documents for their vehicles.
“The customs officials asked people to come out of their rooms and identify their cars. They were checking duty papers and other documents,” a source privy to the operation told TheCable.
When TheCable visited the hotel on Thursday morning, three customs officials were seen standing by the agency’s vehicle parked at the hotel premises. 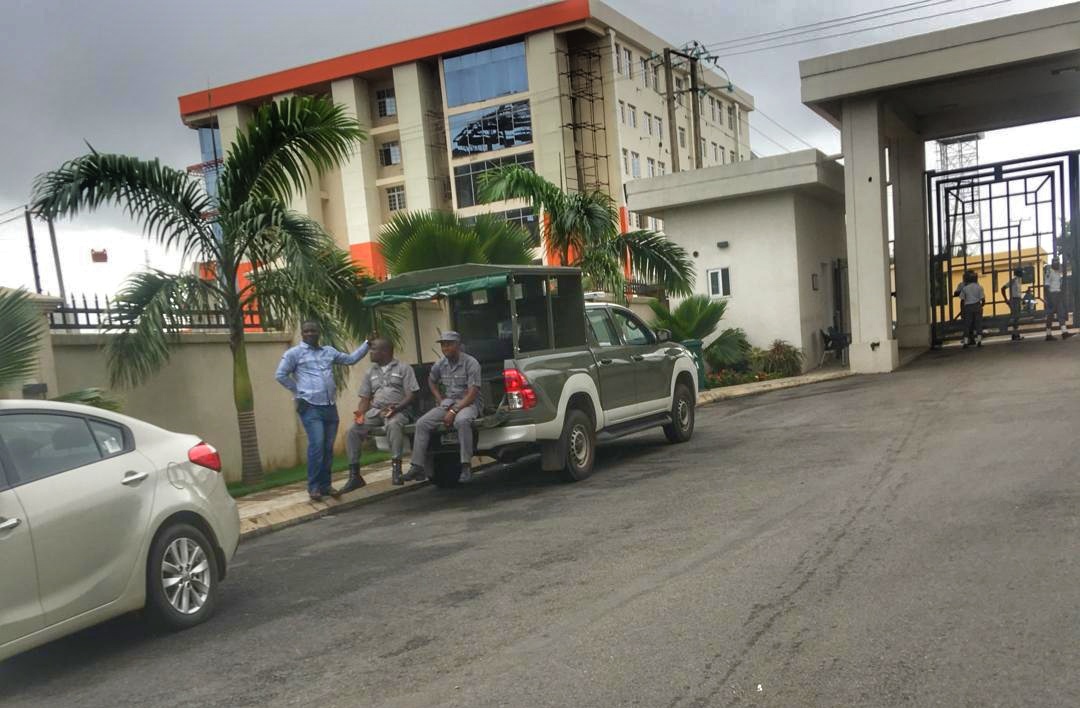 Custom officers in front of the hotel
Joseph Attah, spokesman for the service, told TheCable a total of ten smuggled cars were identified during the operation.
He said four of the cars have been seized while six were still parked at the hotel premises.
“Our men got wind that some cars were smuggled in and they were being taken to the hotel, in their car pack,” he told TheCable in a phone interview.
“So we went to the place and invited their managers. We left with four of the cars and six are still there.
“This morning the manager followed us to our office and he wrote an undertaken that if he can provide the papers, we will release the cars to them.
“There are smuggled vehicles still there. I told you that four were picked and six are still there. So it is not a raid and please disregard the rumours on social media.”
Both the hotel management and staff on ground denied the operation occurred.
ADVERTISEMENT
”Nothing happened here; there was no such thing,” an official said when TheCable contacted the hotel.