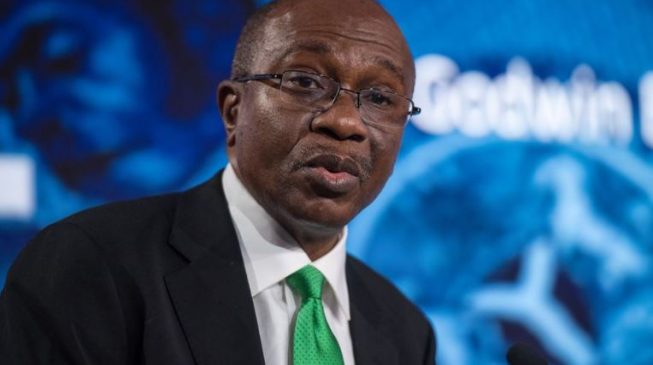 The Central Bank of Nigeria (CBN) is set to sanction banks and their customers over shady deals intended to game the loan to deposit ratio (LDR) policy, TheCable can report.
The banking regulator initially set the LDR at 60 per cent before raising it to 65 per cent with a December 2019 deadline.
ADVERTISEMENT
While this has led to lower lending rates, some banks are now giving loans to customers who go on to buy treasury bills (TBs) and other securities at CBN’s open market operations (OMO), thereby earning a margin considered as arbitrage — taking advantage of rate differentials in the markets.
There are also those who take intervention loans for agriculture and industry from the Bank of Industry at 7 per cent and then invest in TBs and CBN’s OMO at 14 per cent — making a profit of seven percentage points without putting the funds in the sectors they were meant for.
TheCable can report that the CBN has instructed banks to reverse the TBs and OMO of customers suspected of arbitraging.
Speaking exclusively to TheCable on the sidelines of the IMF and World Bank meetings in Washington DC, Isaac Okorafor, the CBN spokesman, said banks and customers will be punished and blacklisted for arbitrage.
“Our policy is meant to spur manufacturing output. We have started to see banks now marketing their customers for loans including consumer credits and mortgages,” he said.
“Now that these are coming at low rates, manufacturing companies should concentrate on their manufacturing businesses and not on arbitrage. This is how manufacturing output and GDP can be boosted.
“Any customer found arbitraging will be blacklisted, names will be published in the newspapers and the banks will be penalised.”
He said Nigerians have been praying for low rates.
“So if borrowing rates from banks are coming down, companies should take the loan to conduct their manufacturing business and not get involved in arbitrage,” he explained further.
ADVERTISEMENT
“We are saying banks must lend. So we prescribed the LDR. Now that they are ready to lend and at reasonably low rates not buying securities, people should not borrow to buy securities thereby arbitraging. The economy must see growth induced by higher consumer and manufacturing output. We will be tough on banks and companies that would attempt to game our policies through financial markets arbitrage.”