FAKE VIDEO ALERT: Aisha Buhari NOT locked up in Aso Rock by ‘cabal’ 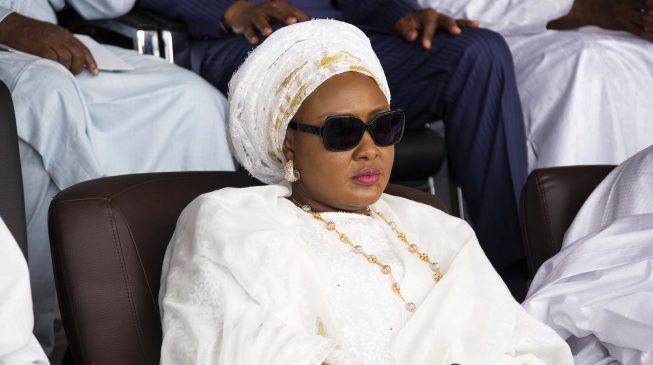 A video in circulation showing Aisha Buhari in distress purportedly for being locked up in an apartment at the presidential villa after she returned to the country on Thursday is fake.
The first lady has not returned from the UK, TheCable can report.
ADVERTISEMENT
The video, though undated, is an old recording.
A wild rumour of President Muhammadu Buhari taking a second wife has boomed since Wednesday. The president was alleged to be tying the nuptial knot with Sadiya Umar Farouq, minister of humanitarian affairs, disaster management and social development, on Friday.
The wife of the president was rumoured to have returned to the country to cause an upset over the alleged affair, but was shut in by ‘Aso Rock cabal’.
ADVERTISEMENT
But the speculation is false as the first lady is still in the UK, while Farouq is currently in New York, United States, where she is promoting a UN campaign against poverty.