Fayemi: We can do away with senate 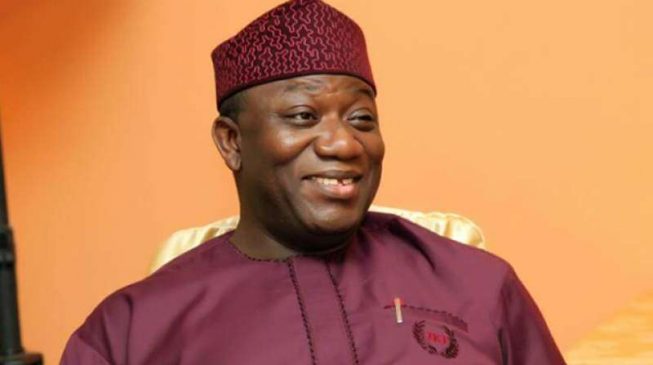 Kayode Fayemi, the governor of Ekiti state, says Nigeria can scrap the senate as all the country really needs is a unicameral legislature.
Speaking at the just concluded 25th edition of the Nigerian Economic Summit Group conference, the governor said Nigeria has to look into the size of government.
ADVERTISEMENT
“We do need to look at the size of government in Nigeria and I am an advocate of a unicameral legislature. What we really need is the house of representatives because that is what represents,” he said at a session monitored by TheCable.
“You have three senators from little Ekiti and you have three senators from Lagos state. It’s a no-brainer that it’s unequal, I guess the principle is not proportionality but that if you are a state, you get it automatically but I think that we can do away with that. There are several things that we can do away within the government.
“The Oronsaye report that proposed mergers of several MDAs that are doing the same thing is something that the government should pay serious attention to and reduce the resources being expended on them.”
Nigeria’s national assembly consists of a senate with 109 members and a 360-member house of representatives.
HOW GOVERNORS SPEND SECURITY VOTE
Defending the security vote spent by governors, Fayemi, who was also a former minister of mines and steel, said: “Security vote exists in various forms and not just in Nigeria. They may not call it security vote, they may call it contingency vote.
“The important thing is the government utilises a wide range of mechanism to guarantee security in a state and it is not just ammunition and weapons that I am talking about. Even keeping the touts in check is a security challenge in many states and managing that process may cost you money that you cannot necessarily show the auditors.
“The other element which states don’t get credit for is what we do for the federal police. Nigeria is the only federation in the world that I know runs a centralised police force. You have federal police that is not being funded properly by the federal government so the responsibility for funding those guys that are posted to your state is on the state. You buy uniforms, ammunition, pay allowances, do life insurance, buy vehicles; that is not provided for and that is security vote because we are expected to protect the citizens.
“Let me also say this, you will not hear it out there from anybody. When people are kidnapped and their relatives are harassing the governor or security institutions to track down the victims.
“We track them down, we know where they are. What you hear us say outside is that we don’t pay ransom and we stick by that. We don’t pay ransom, we don’t bribe kidnappers but we get those people released.
ADVERTISEMENT
“I will not go into the ugly details but we spend money in ensuring that we get abductees and victims out of harm’s way because ultimately that is what the victim wants us to do. The parents don’t want to hear the story that we don’t pay a ransom. You just have to whatever you have to do to ensure that we get our citizens out of danger.”
Fayemi was on the panel alongside Babatunde Fowler, executive chairman of the Federal Inland Revenue Service (FIRS), Jordi Borrut Bel, Nigerian Breweries MD, and Eme Essien, country manager of the International Finance Corporation (IFC).