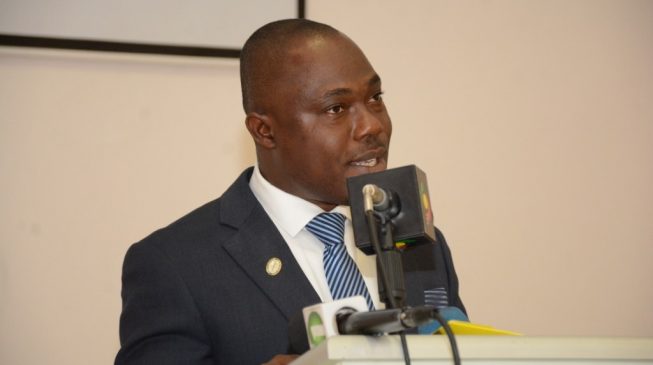 Yaw Gyampo, a professor of political science at the University of Ghana, has vowed to sue the BBC over its sex-for-mark video documentary.
Gyampo was implicated in a 13-minute video documentary released by the BBC Africa Eye on Monday.
ADVERTISEMENT
The professor described the documentary as an entrapment, insisting that he was never involved in the act.
He said the documentary could not establish anything against him.
“I have been counseled to be silent on a matter of entrapment masterminded by a certain unscrupulous people, with the aid of BBC (African Eye) against me,” he said.
“I have a lot to say about this matter. But I am suing the BBC for defamation tomorrow, so I will keep some of the facts to myself for now.
“Let me state however, that I have not involved myself in the BBC’s so-called sex for grades and will never do so. Their own video documentary evidence could not establish this. I am aware of my University’s Sexual Harassment Policy and I have always adhered to its dogmas.
“The lady involved in my informal conversation, was not my student and she wasn’t also a student from the University of Ghana where I teach. I therefore cannot decipher how I could manipulate the grade of a non-student.
“The BBC ignored all her contributions to our conversation. They ignored all her messages she sent to me. They ignored my objections and letters written to refute their allegations. They also edited the video to suit their purpose.
“While I prepare to sue the BBC for carrying out the most bogus and unprofessional piece of documentary in the world so far, I wish to remind them that Ghana and for that matter, Africa, has long thrown out the yoke of colonialism.
ADVERTISEMENT
“I have not engaged in any so-called sex for grades and I will stay true to my calling in doing my best for God, students and country.”