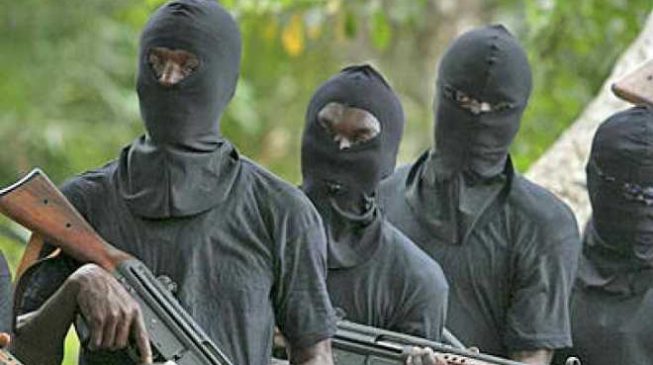 Residents of 17 villages in Igabi local government area of Kaduna state have been displaced following a clash between their security guards and suspected bandits.
A security source told the credible online independent newspaper that the guards in the community had launched an attack on the camp of the suspects during the weekend.
ADVERTISEMENT
The source added that the guards were overpowered while some of them were unaccounted for.
Out of fear that the armed gang could invade the communities, residents of the villages abandoned their homes.
“Some members of the vigilante mobilised themselves without reporting to the police and moved to a suspected hideout for bandits in Karewa, near Birnin Yero,” the source said.
“They launched an onslaught on the bandits but were overpowered and three or four members of the vigilante were missing. Some people said they were killed.
“Communities around that area, feared that the bandits may come for revenge, bearing in mind that the vigilante members had launched an attack on them. They were scared of reprisals by the bandits and out of apprehension, they moved to Birnin Yero Primary School for safety. That was when security agencies got the information.”
A senior police officer, who did not want to be quoted told TheCable that a team of policemen had been deployed in the area.
He said the security personnel are on the trail of the suspected bandits.
“The team of policemen, including mobile policemen are trailing the bandits and at the same time fortifying security around the area so that people will have confidence to return to their settlements,” he said.
“The people moved out of fear because of the attack on the bandits in their hideout by the vigilante.
“I wonder why they decided to carry the operation without informing the nearest police station to them.”
But Jibrin Abdullahi, one of the victims, told NAN that the suspects launched an attack on his community.
“The bandits came to our village to attack us at about 1:00 pm on Sunday. The problems started when vigilante decided to help the community to deal with the bandits in their hideout,” he was quoted to have said.
“The bandits don’t allow us to go to farm, the vigilantes wanted to bring an end to this, but when they reached the bandits hideout they were overpowered and the bandits said since the community have decided to attack them we will not have peace.”
He identified the villages that were displaced to include, Tura, Unguwan Gebi, Unguwan Dangauta, Unguwan Nayawu, Unguwan Makeri, Jagani, Sabon Gida, Dallatu, Unguwan Alhaji Ahmadu, Sabon Gari, Kusau, Gidan Sarkin Noma, Unguwan Pati, Unguwan Tofa and Sauran Giwa.
“I have three wives but only two are with me I don’t know where the other wife is now, as you can see, about 2000 people are displaced,” he reportedly said.
The village head disclosed that due to the activities of the bandits they no longer go to farm.
ADVERTISEMENT
“I spent over N2 million on my farm, now for the past 25 days I can’t go to farm due to bandits activities.”
Yakubu Sabo, spokesman of the Kaduna police command, was not available for comments as of the time this report was filed.